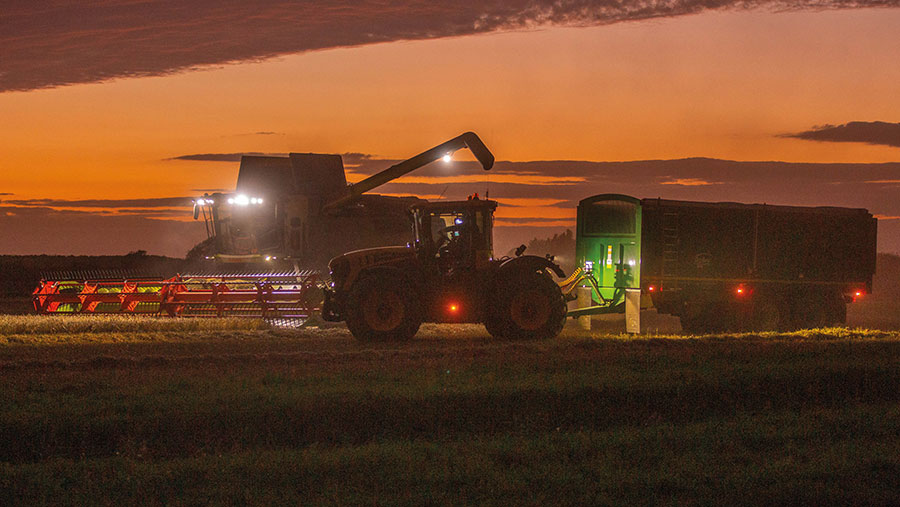 A trip to Joseph and His Amazing Technicolour Dreamcoat this week was a reminder that the world’s best long-range weather forecast happened thousands of years ago (and Jason Donovan is past his best).

For those of you not up on your Old Testament, or your musicals, Joseph’s gift of interpreting dreams reached the ear of the pharaoh of Egypt, who had been seeing troubling visions of thin cows eating fat cows and thin corn eating fat corn.

See also: Why can’t we have a grown-up talk about TB?

Meteorological skill seems to have regressed since then, with forecasters often unable to warn in the morning of rain in the afternoon.

It’s another snatchy harvest, with the arable pages this week full of reports of grain being grabbed between showers and dryers being fired up across the land.

I’m sure many of you who have a moment to stop and take the longer view are grateful for the capacity of today’s combines to gobble up so many hectares when a window of opportunity does materialise.

Despite this, the pressure on people often seems as intense as ever.

When wheels can roll, long days are inevitable to avoid wasting a year’s work and expenditure growing a crop.

However, there is a limit to human endurance and employers have a special duty at this time of year not to push staff beyond their limits.

This is when the risk of accidents is at its greatest, and another spate of farm fatalities in recent weeks is an awful reminder of our industry’s terrible safety record.

None of this sounds desirable for those entrusted to operate large machinery – either for their own safety or for those around them on the yard.

Many a cab is cluttered with empty cans of energy drink at this time of year to help fight tiredness, but as we report this week, there are also some anecdotal reports of illegal stimulant use – such as cocaine.

This may come as a surprise to many in the countryside who think drug abuse is limited to urban areas.

In fact, Home Office figures reveal that 7.7% of people in rural areas took illegal drugs in 2018-19 and, since then, charities say they have become even more accessible in the countryside.

Individuals have to bear the responsibility for the choices they make, but employers need to step up as well and know when the time is right to call it a night.

“Just one more hour” never sounds like that big a deal at the time, but I hope those four words don’t end up coming back to haunt you this season.

I’d like to apologise for the lateness of last week’s magazine issue. An error at our printer caused magazines to go out a day late.

This was further compounded by staffing shortages at Royal Mail, delaying things further.

We’re aware that for some of you, this is only the latest in a string of recent delays and again I can only apologise.

We’re working closely with Royal Mail to investigate the worst-affected areas and hope to see the situation improve as the number of staff isolating with coronavirus declines.

If you continue to experience late deliveries, please get in contact by emailing farmersweeklycustomercare@markallengroup.com or calling our customer service team on 0330 333 9694.