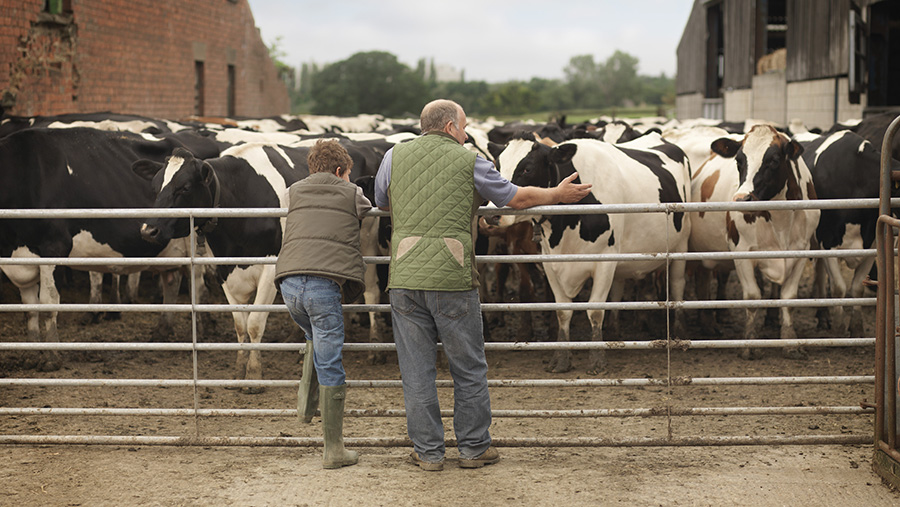 How do you preserve a family business across multiple generations?

This is a perennial question pondered in households across the land, and is just one reason why the Prince of Wales – the recipient of this year’s Farmers Weekly Lifetime Achievement Award – has such an instinctive affinity with farmers.

Just like the monarchy, a well-run family farm is a multi-generational institution that needs to be carefully nurtured in order to not just survive, but thrive.

In his exclusive article this week for Farmers Weekly, the Prince provides a succinct analysis of the current challenges and opportunities facing the industry.

The overarching lesson is that making continuous small changes and improvements will help navigate the big challenges when they come along.

Failure to do this will, at some point, leave a business confronting an inevitable, large change it cannot cope with. It is at that point that failure can happen.

This can often be seen in farm succession planning. Refusing to gradually prepare the next generation with the skills needed to take up the reins shows a lack of leadership.

It can be seen at a sector level too. Over-reliance on one chemical or drug means the fate of your crops or livestock depend too greatly on something outside of your control.

This is why the best farmers continually experiment to see how they could do better, place great value on recording data to help them make good decisions and are not afraid of trying something that ultimately doesn’t work – providing they’ve learned from the mistake.

We have two fine examples of farmers doing exactly that in this week’s magazine – firstly an account in the Arable section from Somerset on how elaborate crop trials have helped a grower to continually find new ways to protect yield from disease.

In the Livestock pages is an example of how a dairy farmer saved £15,000 by tinkering with the amount of concentrate in the ration and studying its effect on milk yield.

Change must, of course, take place within the boundary of solid principles, and the monarchy has seen great change since the Queen took the throne in 1952.

But she and the Prince of Wales have maintained public support through their work ethic and observance of the principles that underpin this country’s constitutional monarchy.

As in farming, the challenge is to balance tradition with change.

Farmers must maintain the support of the public, too – and must, for the most part, welcome the scrutiny placed on them in an era of immense interest in environmental affairs and animal welfare by being open and honest about what is good and bad in our sector.

As the industry enters a period of great change with the winding down of direct support, we should recommit to what we are not prepared to lose.

That is the principle that family farms – the backbone of the countryside, as the Prince of Wales describes them – are pivotal to delivering both the food the consumer needs and the environmental objectives set by policymakers.

Their goal – to pass on a holding in a better condition than it was inherited – makes them best placed to be the stewards of long-term objectives such as improvement in soil and water quality that are in everyone’s interests.

It is a pity that much of the success of these future schemes rests on a tribe much more focused on short-term goals – politicians.