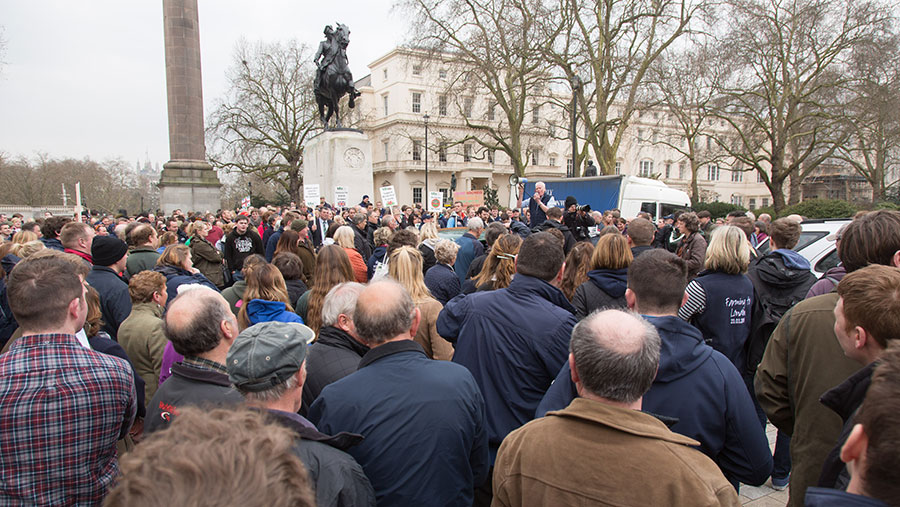 More than three-and-a-half years after the historic referendum on the UK’s membership of the European Union, Brexit is finally happening.

Today (Friday), Union flags will be fluttering from public buildings, a countdown clock will be projected onto the walls of 10 Downing Street, a commemorative 50p coin will enter circulation and Boris Johnson will address the nation…

Reaction in the farming community will be as mixed as it is throughout the country. The polls we ran ahead of the referendum in June 2016 showed just a small majority of farmers in favour of Brexit.

Much water has passed under many bridges since then, and now it is time to move on.

The new Agriculture Bill is already up and running to determine our new domestic policy, and trade negotiations with the EU will start in a matter of weeks. The aim is to conclude a deal by the end of the year.

It won’t be easy. This week’s opening salvo in an impending row about fishing rights illustrates that well, with French president Emmanuel Macron demanding 25 years continued access to British waters as a precondition for any trade deal – and Mr Johnson offering just one.

Then there is the vexed question of production standards. The government says it wants to “do its own thing” as it breaks free from Brussels – though the more it does so, the more friction there will be at the borders.

The other consideration is the standards the government will accept on food imports as it seeks free-trade deals with the likes of the US, Latin America or China. Moves to tighten up UK standards on the environment, food safety and animal welfare will count for nothing if cheap, substandard imports are allowed in from other parts of the world.

To highlight this critical issue, the NFU was joined this week by more than 60 other like-minded organisations in writing to the prime minister.

Inconveniencing the public, as favoured by Extinction Rebellion, could be counterproductive. Having said that, the agricultural sector can’t afford to be too timid, either. Farmers need to get behind the planned rally in numbers

In their letter, they said they were “increasingly reassured” by recent government statements pertaining to standards, but remained concerned there would be “intense pressure on British negotiators to make significant concessions on this issue”.

As such, they had a number of requests, including that protection of the UK’s high standards should be enshrined in law, and a new trade and standards commission should be established.

These are worthy objectives. But given that they are likely to fall on deaf ears, the message needs to be hammered home a little more persuasively. Cue the farmer rally the NFU is organising.

The plan is for about 1,200 farmers to assemble in Westminster on 25 March in a show of strength. NFU president Minette Batters is adamant that it is not a protest, a blockade or even a march, but a rally to show the ambition of British farmers to play their part in post-Brexit Britain.

Mrs Batters is right to tread carefully. Slow-moving tractor convoys, piles of burning tyres and street battles with the police may be part of the culture in some other European countries, but tend to go down rather badly in the UK.

Inconveniencing the public, as favoured by Extinction Rebellion, could be counterproductive.

Having said that, the agricultural sector can’t afford to be too timid, either. Farmers need to get behind the planned rally in numbers.

And those who do make the journey to London need to leave their representatives in parliament in no doubt at all that, at this pivotal moment, nothing but solid protection from substandard imports will do.