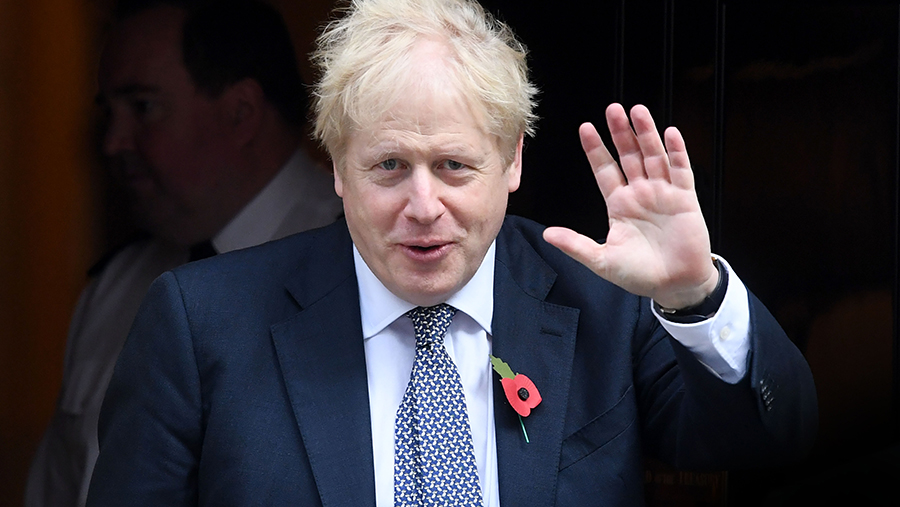 I thought of this recently when Jake had to cancel all scheduled activities in favour of shovelling two-and-a-half tonnes of cattle feed into bags by hand.

Overnight, some enterprising heifers had let themselves out of the shed and removed the bolt on the feed silo. This released the entire contents out into the yard for an eat-as-much-as-you-can midnight feast.

The heifers survived the episode, although, like many after Christmas, they were in urgent need of a period of reduced rations after too much cake. These things happen.

Of course, it is generally a good idea to have plans if you want to achieve anything, so I have been surprised at how slow the new government has been to share theirs.

It’s all very odd. Usually, winning parties take office keen to hit the ground running, full of purpose, ideas and enthusiasm. At least Defra managed to publish the Agriculture Bill after a month, but other departments seem to have said very little.

We’re leaving the EU at the end of the month. Then what?

It seems to me that our farming sector is facing a triple whammy of potential risks arising from Brexit:

We have been offered reassurance on the overall level of support payments available up to 2024, but this is only part of the picture. The likely shape of future trade arrangements remains unclear.

In a clip of a BBC Countryfile interview, due to be shown on 26 January, Defra secretary Theresa Villiers said chlorine-washed chicken and hormone-treated beef would not be allowed into the UK under any US trade deal. However, if this is right, there may not be any US deal at all, which would anger those Conservatives who consider it a priority. Whose view will prevail?

There is a theory going around that the government aims to declare Brexit as “job done” at the end of January. The Brexiteers in the cabinet will then be thanked and perhaps largely dismissed, with a new team appointed for the next five years. We may then get a better idea of the prevailing philosophy in this administration.

But I suspect we will only know the government’s real priorities on the trade arrangements that are crucial to our future when the final deal with the European Union (or lack of one) is announced.

The government seems to hope that the public is bored with Brexit, disinterested in the tedious details and content to trust them on everything.

But whatever sympathetic noises have been made to date, farmers need to keep making their voices heard, so that issues such as animal welfare standards on imports and the need to maintain full, unhindered access to European markets are kept high on the agenda.

The final future arrangements are bound to disappoint some people. We have to keep the pressure up to try to ensure that they minimise the damage to our sector.

To quote a Northumbrian expression, rather than Burns: “A shy bairn gets nowt.”