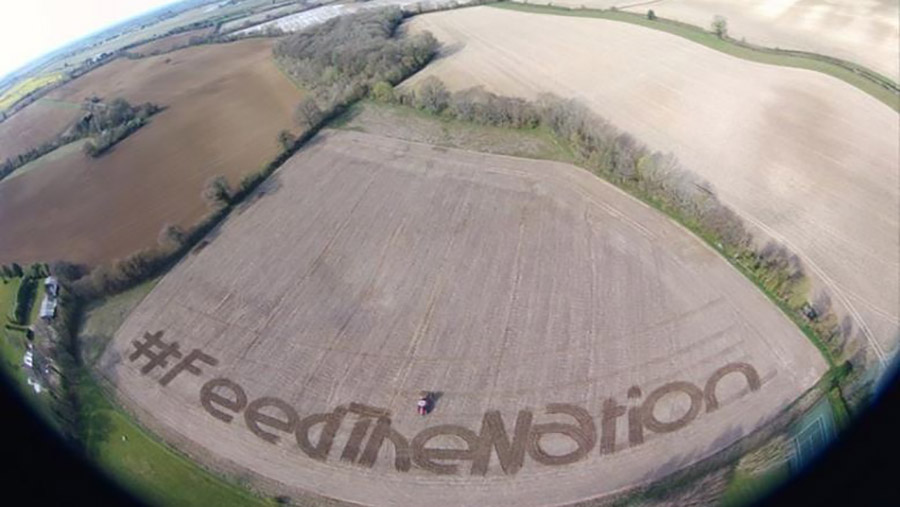 It is often said that times of crisis bring out the best in people, and so it has proved with this year’s coronavirus pandemic.

The response of farmers to a fast-changing and challenging new situation has been phenomenal, and something that Farmers Weekly was eager to highlight – which is why we got behind the #FeedTheNation social media initiative.

See also: Read all our #FeedTheNation content in one place

Over the past eight months, we have shone a light on the incredible job our farmers and food industry have been doing, and encouraged anyone and everyone to help spread the word.

In print, we have carried 26 separate features and a host of other related stories. Online, that content has attracted 74,000 individual page views, while our #FeedTheNation posts have reached almost half a million users across social media.

The range of content has been extensive, from Young Farmers’ Clubs organising food deliveries to those in need, to grassroots farmers using vending machines to sell anything from free-range eggs and milk to frozen beef and potatoes.

Farm shops have also featured strongly, with many rearranging their businesses to deliver direct to consumers and/or setting up drive-through facilities to enable those observing social distancing to collect their groceries.

Meanwhile, the government’s Eat Out to Help Out initiative in the summer provided a boost to those farmers with eating establishments attached to their businesses.

Of course, not all farmers have been able to get involved so directly – especially those producing more basic commodities, like cereals and oilseeds.

But throughout the Covid-19 crisis we have seen farmers of all types giving to local charities, and expressing their support for key workers in the NHS, with messages ploughed into fields or planted in sunflowers.

Beyond the farmgate, the whole food supply chain has stepped up to the mark too, ramping up biosecurity and switching from food service to retail with great alacrity to keep the supermarket shelves stocked.

One of the most gratifying aspects of all this, reinforced by our own efforts with #FeedTheNation, has been the extent to which the message has reached a wider audience.

All too often the farming industry is guilty of simply talking to itself – existing in some kind of agri-echo chamber in which the players exchange views with each other, but fail to engage with other sectors or wider society.

But now, partly due to #FeedTheNation on social media, consumers have become much more aware of what goes into producing their food – and more appreciative of the crucial role farmers play. Various surveys have shown that public support for farmers is in the ascendancy.

There has also been a growing interest in “buying British” and an increased concern about the relatively low levels of self-sufficiency this country attains. This has all helped push food and farming further up the public agenda, as well as increasing the demand for healthy, local produce.

As HRH Prince Charles said early on in the pandemic, the nation owes a “debt of gratitude” to farmers and others who help put food on people’s plates.

“What this national crisis has brought home is how much we rely on our agricultural community and all those in the food supply chain,” he said in an interview with Country Life magazine.

With all the challenges that lie ahead, as we leave the EU and step out into the global marketplace, it is a message that government influencers and policymakers would do well to remember.