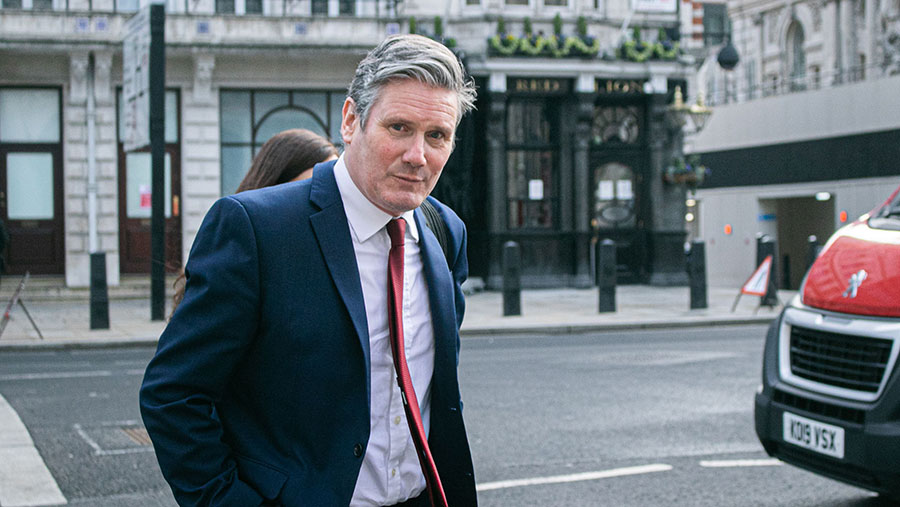 Is the Labour Party’s long road back to an electoral majority through a congested urban street or a quiet country lane?

Sir Keir Starmer’s appearance at the NFU conference this week suggests he will pull on his wellies and tread some rural roads to help increase his chances of walking the corridors of power.

His most compelling remark was an acknowledgement that for a long time, Labour has been quick to articulate things they are opposed to in the countryside – such as the badger cull – while failing to say what they are in favour of.

He had to hark back to the era of Clement Attlee – whose transformative post-war government introduced the first Agriculture Act – for a positive story of the party’s relationship with farmers.

This sidestepped the party’s record in power this century that many associate with gold-plated EU legislation, huge problems at the Rural Payments Agency and the Ministry of Agriculture, Fisheries and Food being replaced by the more metropolitan Defra.

The party faces an enormous uphill battle to move rural voters into its column, even if you set aside its historic weakness in rural regions.

On environmental issues, which is far from only an urban preoccupation nowadays, Labour finds itself crowded out by a Tory party enthusiastic about the green agenda.

This first took prominence with David Cameron’s “Vote blue, go green” initiative 15 years ago, and has never let up since, with strategists identifying that it was rising up the agenda for swing voters of many persuasions.

Even a decade ago it would have been inconceivable that the party of landowners would be the architect of something as radical as the emerging Environmental Land Management (ELM) scheme for farmers in England.

What alternative do farmers have?

So where does this leave farmers who are unhappy with the current trajectory of Tory policy and are looking for other politicians to champion their rural causes?

As to be expected more than three years from a scheduled general election, there are no manifesto pledges from Labour yet, with Sir Keir instructing Luke Pollard, the shadow Defra secretary, to carry out a review of rural policies this year. But for a preview, they can look at how the Labour Party in Wales has set out its stall.

But for a preview, they can look at how the Labour Party in Wales has set out its stall.

Ahead of this year’s Senedd elections, it has pledged to make the entire country a nitrate vulnerable zone, and firmly ruled out introducing a badger cull – hardly the actions of a party intent on wooing rural voters.

Perhaps Labour’s best chance of capturing a bigger slice of the agricultural vote lies in the bear trap George Eustice is currently setting himself.

He has already committed to a rapid reduction in area payments in England, but his speech this week was again nearly vacant of news on progress with the ELM scheme.

Another limp promise of more trials and more detail in due course was dismissed by some as insufficient at his last set piece speech in late November, but the warning has not been heeded.

It is not difficult to imagine a scenario where the new scheme continues to be beset by delays, complexity and IT trouble, while the Treasury resists all calls for the reduction in area payments to be delayed.

If Labour wants to earn the right to be listened to, holding the government to account on its delivery of this vital scheme would be a good place to start, alongside an intelligent and plausible explanation of how it would do things differently.