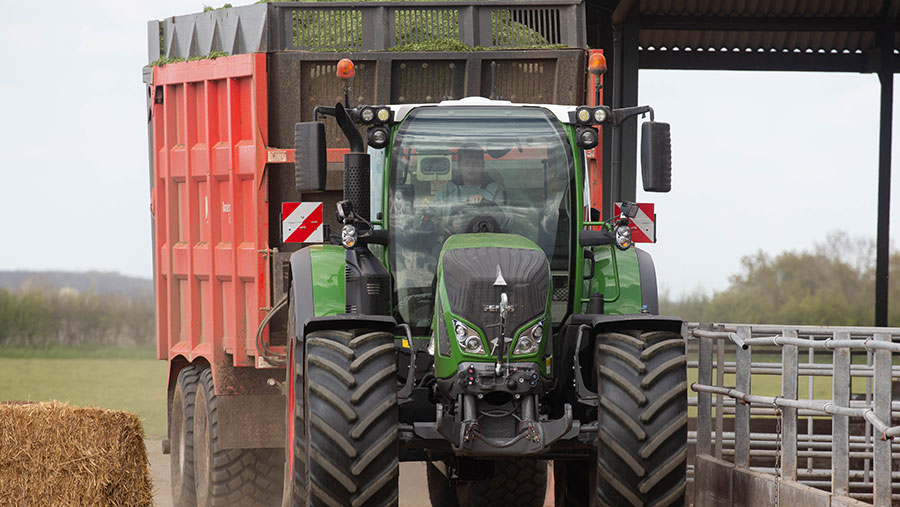 Amid a number of early signs that the economy is recovering from the depths of the pandemic-induced battering it has endured over the past year, job statistics are perhaps the most encouraging.

Data released last week showed this is the third consecutive monthly fall, with the unemployment rate now standing at 4.8%, although furloughed staff are not classed as unemployed.

The rate is still forecast to increase as the furlough scheme comes to an end by the autumn, but businesses in many sectors such as hospitality and logistics are currently clamouring for staff.

The Road Haulage Association said last week that UK trucking firms need 60,000 more HGV drivers than they can find to put behind a wheel.

This will be no surprise to many farmers who have struggled with transport issues for a number of years, with the problem reportedly compounded recently by EU truckers choosing to leave the UK because of Brexit-related issues as well.

There is also a shortage of overseas workers in abattoirs, with meat processors warning they have 10-12% fewer staff than needed.

Last year there were widespread fears about farmers not being able to get enough staff to do seasonal horticultural work as borders across Europe were shut, preventing workers from moving.

This year, rising job vacancies across the economy mean farmers of all types seeking full- and part-time staff will be thrust into greater competition – not just with each other, but with other industries that also value workers’ skills.

All this is great news for employees, who have the luxury of a greater selection of potential jobs to choose from and greater negotiating power over salary and perks.

It is less good for employers urgently looking to keep down their costs amid a barrage of increases in input prices.

This is the situation that the dairy sector (and other livestock producers) is in as milk producers grapple with yet another squeeze on margins.

Milk prices have recovered well since last year’s Covid-19 volatility, but they have still not been able to keep pace with rapid hikes in the price of many inputs, including feed and fuel.

Farmworkers are the lifeblood of every big farm, vital to productivity and the maintenance of high standards of animal welfare.

Defra’s agricultural price index, a measure of inflation in farming’s inputs and outputs, shows costs have risen between March 2020 and March 2021 at their fastest annual rate since December 2018.

Unsurprisingly, given what has been happening on the oilseed and grain markets, straights have seen the biggest price rises, followed by fertiliser, pushing cost of production to more than 30p/litre for many.

So while there will be reluctance to increase wages as well, employers should recognise that if they are not competitive, the worker they currently have warming a tractor seat may well be able to get a better offer on another farm, in a lorry cab or an office without much trouble.

Recent milk price rises from a number of dairies are to be welcomed, and hopefully the whole supply chain recognises this as an issue and takes steps to keep the milk price in touch with these vital expenditures.

Farmworkers are the lifeblood of every big farm, vital to productivity and the maintenance of high standards of animal welfare.

While the volume of labour on UK farms is about half of what it was in 1973, the remaining highly skilled and essential workforce needs to be cherished as the most important asset on the farm.