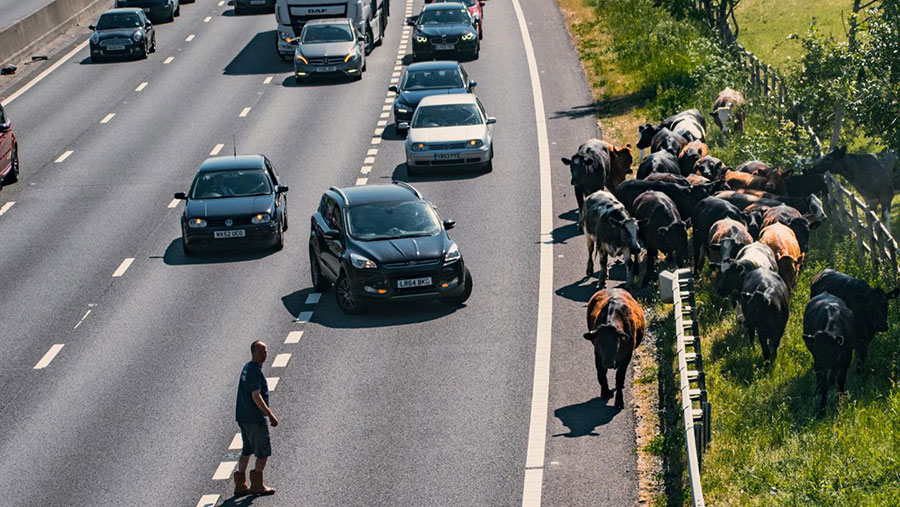 Anyone living or working in the British countryside in recent days might be forgiven for thinking the coronavirus lockdown is over.

For, while government has indeed made some changes – such as allowing people to gather six at a time in open spaces in England, and more if you live in Scotland and Wales – it seems a large chunk of the public have taken this to mean they can do pretty much what they want, where they want, when they want.

The media and social media were full of images last weekend of people flocking to the coast and the countryside to capitalise on the warm, sunny weather.

One of the strongest images was that of the 35 cattle that escaped on to the M25 in Surrey thanks to a broken fence, which the farmer attributed to walkers.

Yorkshire farmer Ted Hughes also complained of hundreds of visitors causing widespread damage to land around his private lakes; Cotswold farmer Harry Metcalfe posted a drone image of a large group of picnickers on his land half a mile from the nearest footpath; and Wiltshire Police complained of a “mass gathering” of off-road motorcyclists running amok on Salisbury Plain.

And in a more grizzly incident, an 18-month-old heifer choked to death having ingested a plastic bag left by day trippers to Grantchester Meadows on the outskirts of Cambridge.

Much more resource needs to be put in to promoting the Countryside Code, to teach those who may not have even heard of it how to “protect, respect and enjoy” the countryside

There are various ways in which farmers can respond. The action of one a couple of weeks ago, who sprayed slurry over a black Mercedes that was parked in one of his fields in Cornwall, certainly got the thumbs up from the vast majority of FWi users who took part in our online poll on the subject.

Another farmer won massive praise on Facebook this week for posting a picture of a car that had been parked in his farm entrance and had subsequently be bound up in bale wrap.

It is easy to understand why farmers want to hit back, especially as they have worked flat out in the most challenging of circumstances in recent weeks to keep the nation fed.

But whatever the circumstances, however infuriating they might be, the onus is still on farmers to stay calm, address any issues with the public firmly but politely, and avoid confrontation if at all possible.

It is also time that government – both local and national – played its part. Much more resource needs to be put in to promoting the Countryside Code, to teach those who may not have even heard of it how to “protect, respect and enjoy” the countryside.

But ultimately it is down to those on the front line. Despite the challenges, it is worth remembering that the vast majority of the general public do behave responsibly in and around farms.

They also provide a boost to the rural economy, especially for farmers selling their produce direct or running diversifications.

With farming enjoying a higher approval rating than at any time in the recent past, thanks in part to the coronavirus crisis, care must be taken to work with the wider public, rather than against it.