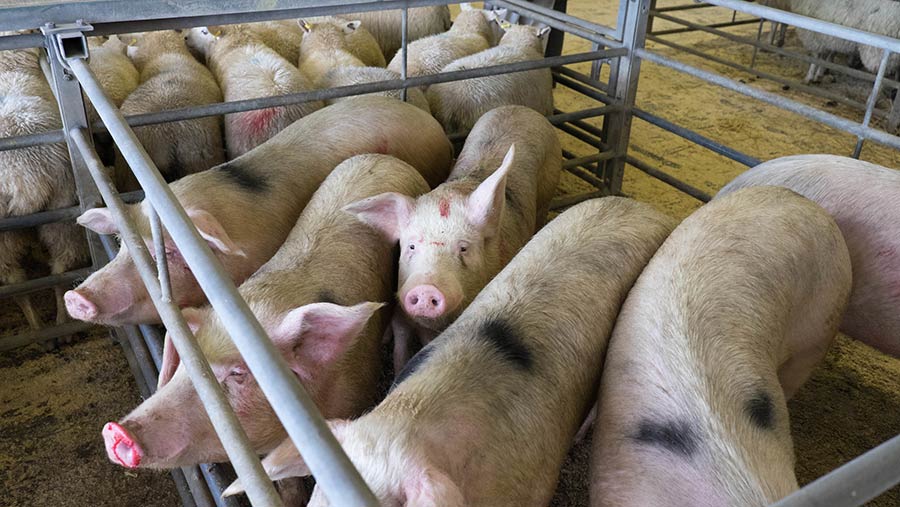 Good news seems to be in abundance at the moment when it comes to Covid-19.

The vaccine campaign continues to forge ahead, hospitalisations and deaths are in decline and, from next Monday (12 April), hairdressers, gyms and pubs with gardens will be able to open in England for the first time in months.

Stricter controls are being maintained in Scotland, Wales and Northern Ireland, but in those areas too there is progress towards normality.

Despite this, the pressure and disruption being felt by various sectors of the economy remain – and agriculture is no exception. The pig sector is having a particularly torrid time.

Just looking at the Markets at a Glance table on FWi tells the story. Prices for beef, dairy cows, sheep, cereals and oilseeds are all well ahead of year-ago levels. But pig prices are not.

The current standard pig price (SPP) stands at just 142p/kg deadweight and, according to the National Pig Association (NPA), more than 75% of farmers are losing about £25 a pig.

They have been the victims of a perfect storm of oversupply, export bans and coronavirus-related factory closures.

In particular, China’s decision to ban German pork exports over African swine fever has led to a surplus of pigmeat on the EU market, causing prices to plunge, while the UK’s apparent post- Brexit open-door policy has seen some of this cheap product enter our market.

The Chinese government has also imposed bans on pork shipments from three major UK plants affected by Covid-19, costing the trade an estimated £600,000/week in lost sales. Meanwhile, a build-up of animals on farms has led to some getting overfat, affecting the return to farmers.

Thankfully, there has been assistance for some producers in certain parts of the country. Just last week the Northern Ireland government approved £2m in aid to compensate for low cull sow prices arising from the loss of export markets.

This followed an earlier payout of £2.2m to about 130 NI pig producers who were affected by the closure of Cranswick’s Ballymena plant for two week’s last August due to the pandemic.

And in Scotland, £715,000 was made available last month for farmers supplying Quality Pork Producers’ Brechin plant, which closed for two weeks in late January, covering deductions for overweight pigs.

But Defra has been notably slower out of the blocks to help English pig producers. As such, the NPA has submitted a request for a £3.2m aid package, to help offset the effect of overweight pigs arising from factory closures and Brexit-related delays at the ports.

It makes a very strong case, pointing out that, while unusual, similar aid has already been paid by Defra to the dairy sector in the wake of coronavirus-related income falls.

For pigs, however, Defra appears unmoved, saying it is “monitoring the situation”, but indicating its real priority is to reopen trade with China. That is clearly important, though given the ongoing political tension with Beijing, it may be wishful thinking.

Meanwhile, the NPA estimates that another 20 pig producers have left the sector in the past few weeks, with the loss of 10,000 sows from the national herd.

Without swift and meaningful support from the government, there seems little doubt that more will follow – striking another blow to an already diminished British pig sector and the country’s ability to feed itself.