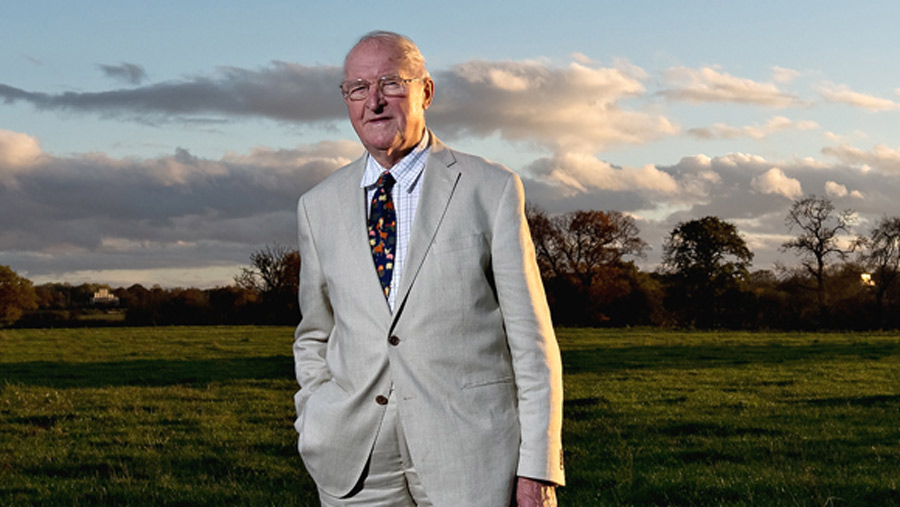 A period of high inflation. Farmers grappling with a sharp change in agricultural policy. Fertiliser plants out of action and an NFU leader that has repeatedly clashed with those at the top of government.

Not just the present era, but the 1970s too. As Mark Twain might have said: History doesn’t repeat itself, but it often rhymes.

With the passing last week of Henry Plumb, who was NFU president between 1970 and 1979, it is worth noting some of these parallels.

Of course, there are many differences too. Lord Plumb will be remembered as the president that led UK farmers into the European Economic Community in 1972, so the sharp change in policy was farmers learning how to cope with the Common Agricultural Policy, not without it.

The challenges of farming in that era saw the number of farmers fall by about 20%, the same percentage that some forecasters predict we will see disappear by the end of this decade following the phase-out of area payments.

For others in that era it was the boom times. As Guy Smith’s History of the NFU notes: “Most farmers in the 1970s were more productive and better rewarded than in any other decade in the 20th century.”

These great leaps forward in productivity were made possible by improvements in mechanisation and scientific advances in the livestock and arable sectors that enabled a jump in crop yields and animal production.

This week we learn that agricultural inflation has risen by almost 24% in the past six months, according to farmer-owned buying group AF.

These cost increases far outstrip the Office for National Statistics’ measure of food price inflation, which stands at 5.6% in the same period.

The farm businesses that succeeded 50 years ago were those that adapted how they farmed to meet the challenges of the time.

Heavily incentivised, farmers produced more, and UK food self-sufficiency increased by 10-15% during the period. Yet perhaps they also unwittingly laid the foundations of the farm policy that is now being created.

Modern-day schemes make scant mention of food production and are focused instead on environmental improvements.

It is seen as the vital action needed to pay for the environmental cost of that period – which saw hedges ripped out and other actions that would be unthinkable today ­– just to produce food that was often surplus to requirements.

If that era is now defined as failing to take account of the environmental cost of cheap food, this decade may come to be regarded as the period when food stopped being cheap at all.

How to narrow the gap between farm and consumer inflation? Regrettably, turn down supply. This week a survey of free-range egg producers revealed that seven out of 10 of them plan to quit production if prices do not rise within a year.

Anecdotally it seems that many sheep and cattle producers are considering trimming livestock numbers rather than maintain fertiliser use at previous rates.

Greenhouses are being left empty over high energy prices. Amid global turmoil, offsetting these with cheap imports is becoming more difficult too.

Lord Plumb once said: “The British public no longer have a divine right to be cheaply fed”.

That 13-word statement is weighed down with economic and moral dilemmas.

The 1970s saw farmers protesting in the streets many times about low prices for their livestock (despite official NFU opposition).

That still feels unlikely in the present day. But we may yet see the government change tack if consumers take to the streets over high prices instead.