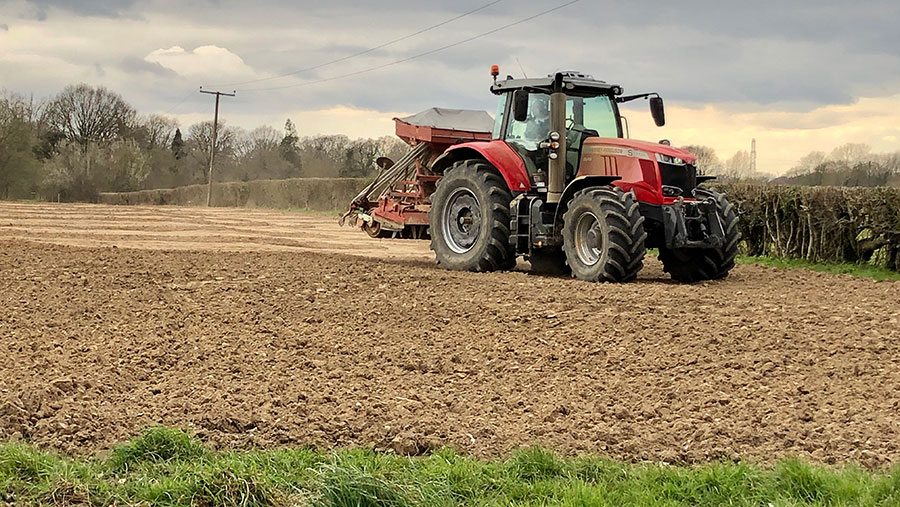 In one of the more common-sense moves by the government in recent weeks, farmers, farmworkers and everyone else in the food supply chain have been identified as “key workers”.

But, as Farmers Weekly columnist Guy Smith says in this week’s Opinion, now is not the time to say “we told you so” – how ever overdue such recognition might be.

Covid-19 is, without doubt, a massive wake-up call to a government that has, for far too long, failed to appreciate the crucial importance of farmers in supplying the nation’s food, while overseeing the long-term decline in our levels of self-sufficiency.

The UK is currently just 61% self-sufficient in all food and 75% in indigenous food.

Each year, the NFU highlights what it calls “self-sufficiency day” – the notional day where the country would run out of food if we relied solely on British produce. Last year, that would have been 11 August.

Clearly, that is not going happen, despite Covid-19 and despite the fact output has already been compromised by the wet winter just passed.

International trade is continuing, there is stock in the system and farmers are working flat out to catch up.

But the disruption to the supply chain we have witnessed shows just how complex and fragile things are.

Already we have seen great market volatility. The sheep trade, in particular, has been hard hit by cancelled export orders, the loss of food service sales and the threat of border closures.

The cessation of some livestock markets this week threatens to destabilise things even more.

As the crisis develops, there are serious questions about the whole food supply chain’s ability to cope.

One of the biggest challenges is going to be labour – especially in the horticultural sector, where the soft fruit season gets under way soon.

Yes, British people have been showing strong interest in some of the jobs now on offer. But will they turn up and will they hack it?

There will also have to be a fundamental shift in the way the supply chain functions.

Record grocery sales in the past few weeks have left shop shelves empty of some items, while the closure of food service outlets has created surpluses elsewhere. Diverting from one sector to the other is far from easy.

Some farmers are already bridging the gap, stepping up their efforts to deliver food direct to consumers. Others are using online tools to develop local sales, while the crisis is proving a bit of a boon for many farm shops.

The government has also made considerable efforts to keep businesses afloat, with a range of support measures for the employed and self-employed. But it needs to consider the longer-term perspective, too.

It should accept now that an extension to the Brexit transition period is needed, to avoid the possibility of “no-deal” with the European Union at the end of this year.

It should also call a halt to free-trade negotiations with other countries until the current crisis is resolved.

Above all, it needs to revisit its plans for future domestic farm policy, adding greater weight to basic food production, rather than obsessing about environmental delivery.

For too long, the government has been confident we will always be able to buy from abroad what we cannot produce at home, favouring a cheap food policy over one based on strategic need.

The unfolding events around coronavirus show the time for change is overdue.