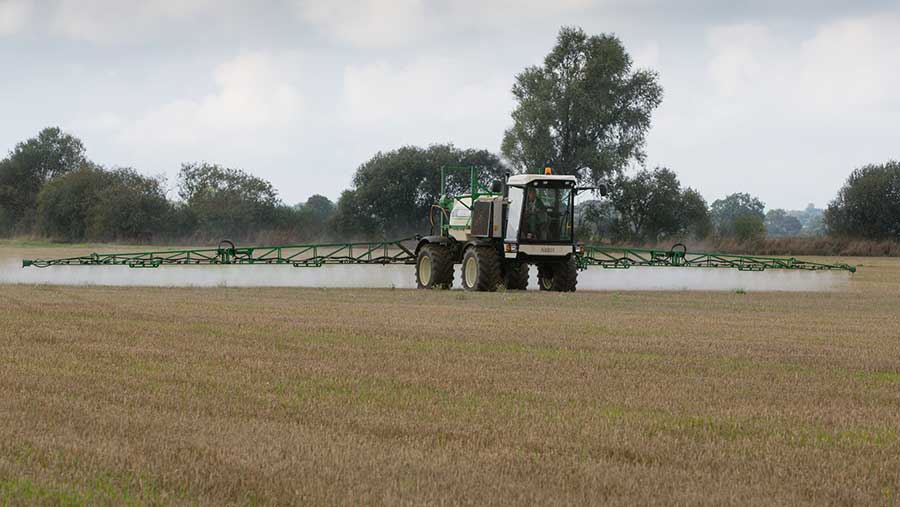 Pesticide manufacturers have called for an immediate reversal of the International Agency for Research on Cancer’s (IARC) assertion that glyphosate is carcinogenic, following allegations key data was withheld during its investigations.

It was in March 2015 the IARC declared glyphosate was “probably carcinogenic to humans” following an assessment of published research papers.

The opinion was used by green lobby groups and politicians to press for a ban on the popular weedkiller in Europe.

Instead of renewing the 15-year licence for glyphosate last year, the EU Commission was forced to give it just an 18-month extension, with a final decision on its future still pending.

This is despite the fact its own advisers in the European Food Safety Authority (EFSA) and the European Chemicals Agency (ECHA) have given it a clean bill of health for use in field conditions, as has the World Health Organization and numerous other regulatory authorities around the world.

But now a new, in-depth investigation by the Reuters news agency has cast significant doubt on the validity of the original IARC assessment.

Based on court documents obtained from ongoing litigation in the US, Reuters alleges key evidence from a long-running agricultural health study – conducted by the US National Cancer Institute – was withheld.

This study considered the direct impact of pesticides on agricultural workers in the US over a number of years, and found no evidence of a link between glyphosate and cancer.

According to the Reuters investigation, the IARC was aware of the report’s existence but did not consider its findings because it had not been formally published.

And the reason it had not been published, it is alleged, is because there was too much data.

Monsanto – the inventor of glyphosate – said the agricultural health study was more robust than many of the published papers the IARC did consider, since it was based on actual field evidence, rather than experimental lab trials.

It believes the IARC would have reached a very different conclusion had it reviewed the additional material.

“IARC’s flawed glyphosate conclusion is the lone outlier in the scientific community and contrary to all other relevant research,” said Monsanto’s vice-president of strategy, Scott Partridge.

“They cherry-picked the data to engineer that conclusion. There are serious questions about IARC’s transparency, credibility and scientific process, and we will continue to seek answers to those questions.”

Cal Dooley, president of the American Chemistry Council, also called for an investigation into whether IARC knowingly withheld data which, he says, proved a lack of association between glyphosate and cancer.

“IARCs glyphosate monograph is fatally flawed and no longer credible. It should be immediately withdrawn,” he said.

IARC told Reuters it would not be reconsidering its original findings.

The latest allegations run counter to claims by green groups that EU assessments of glyphosate were unsound because they included unpublished studies conducted by the agrochemical sector.

According to Green MEP Molly Scott Cato “at least one Monsanto-sponsored review of studies on genotoxicity was included in the evidence used by EFSA”.

“This highlights the undue influence agrochemical corporations have on assessments of toxic chemicals like glyphosate,” she said. She called for assessments to be based solely on peer-reviewed, public studies.

But the agro-chemicals sector has struck back, pointing out that all studies – published and unpublished – were made available in a reading room.

“All industry studies have to be carried out in accordance with international standards, such as the [Organisation for Economic Co-operation and Development’s] Good Laboratory Practice ,” explained Crop Protection Association chief executive Sarah Mukherjee.

“These standards ensure the data submitted is objective, reliable and of the highest quality. That’s why expert regulators such as ECHA and EFSA deem them appropriate for regulatory decision-making.”