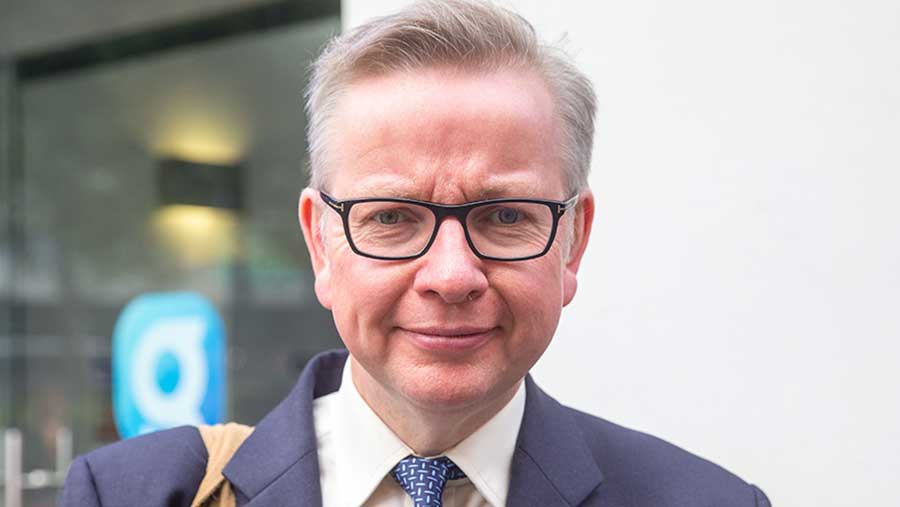 Michael Gove has pledged to put farmers at the heart of policymaking following his appointment as Defra secretary.

Admitting he was surprised yet delighted with his new role, Mr Gove said he was looking forward to getting on with the job.

He said: “I hope to play a part in ensuring that as we prepare to leave the European Union – and things like the Common Agricultural Policy no longer apply – that we safeguard what is best in our environment.”

Speaking to Sky News, Mr Gove said he wanted to make ensure “all those who make our countryside beautiful and who keep it productive are at the very heart of policymaking”.

Andrea Leadsom, his predecessor at Defra, was appointed leader of the House of Commons.

Mr Gove’s appointment has met a mixed reaction from the farming community.

Some farm leaders believe his high profile will be good for the sector. But others believe Mrs May appointed him to stave off a possible challenge to her leadership.

Mr Murray said: “He brings significant experience, a reputation for robust challenge of the status quo and a reformer’s zeal. These are all qualities that will serve the land-based sector well.

“Defra has a major role to play in both the negotiations and in preparing for life after the UK exits the EU.

“I look forward to working with him and his team and we are eager to get on with addressing the big challenges ahead.”

The NFU said it too was looking forward to working with Mr Gove at what was a “critical” time for farming.

NFU president Meurig Raymond said: “We look forward to working with him to ensure all areas of Whitehall understand and value the importance of British food and farming.”

Mr Squirrell said: “He has been placed with Defra for one reason: siphoning UK agricultural subsidies to other departments to ‘balance’ the books.”

A pro-Brexit campaigner, Mr Gove outlined his vision for UK agriculture when he hoped to become Tory leader in the wake of last year’s EU referendum.

In an interview with the Yorkshire Post, he suggested farmers wouldn’t lose a penny from Brexit.

Mr Gove said CAP payments would be matched by government and there would be less red tape.

Promising to maintain the high quality of British food, he also claimed to understand the “needs of those living and working in the countryside” better than his leadership rivals – who included Mrs Leadsom.

Mr Gove also said he recognised how “important it is to support and look after people who [get] food on to our plates” because his father ran a fish-processing business.

He pledged EU migrant labour would be protected post Brexit – if he became Tory leader – and said the UK could introduce a seasonal agricultural workers scheme.