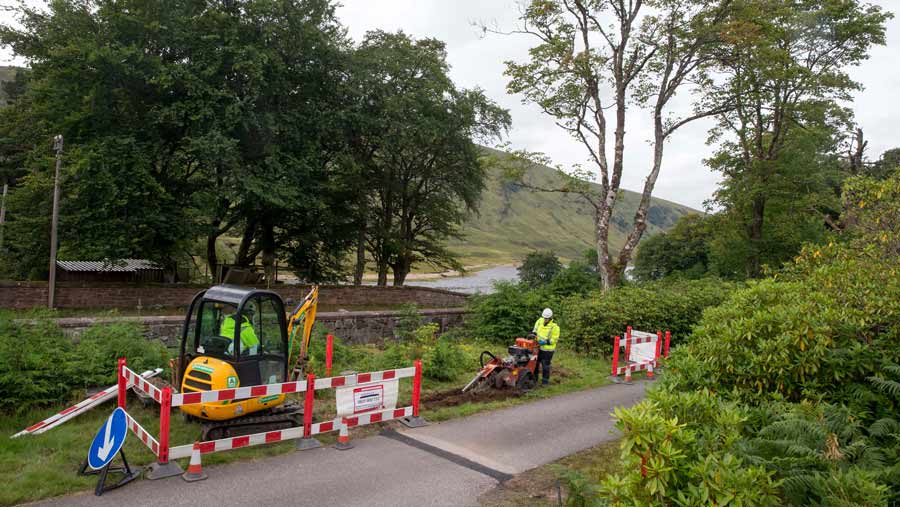 More than one million rural homes and businesses will have ultra-fast broadband in the first phase of a £5bn government project to reach the remotest parts of the UK.

The UK government’s Project Gigabit aims to connect to the hard-to-reach areas where commercial fibre broadband networks are not viable.

Up to 510,000 homes and businesses in Cambridgeshire, Cornwall, Cumbria, Dorset, Durham, Essex, Northumberland, South Tyneside and Tees Valley will be the first to benefit, with the infrastructure build due to start in the first half of 2022.

See also: Is this Britain’s most expensive broadband?

In June, the government expects to announce plans to widen the project to up to 640,000 premises in Hampshire, the Isle of Wight, Norfolk, Shropshire, Suffolk and Worcestershire.

One gigabit is equal to 1,000 megabits per second (Mbps), capable of downloading a high-definition film in less than a minute. Almost two in five households now have access to gigabit broadband, up from one in 10 in 2019.

Prime minister Boris Johnson said: “Project Gigabit is the rocket boost that we need to get lightning-fast broadband to all areas of the country.

“This broadband revolution will fire up people’s businesses and homes, and the vital public services that we all rely on, so we can continue to level up and build back better from this pandemic.”

The Gigabit Broadband Voucher Scheme is also being relaunched for people struggling with poor broadband, with up to £210m of funding available.

From 8 April, eligible residents will be able to claim up to £1,500 and businesses £3,500 towards costs for installing gigabit-capable broadband.

The government in its consultation “Improving broadband for very hard to reach premises” has also issued a call for evidence on using satellite and 5G technology to connect very-hard-to-reach areas. These premises are mainly located in remote and isolated locations in Scotland and Wales, and some National Parks in England.

In November, the government downgraded its target to roll out gigabit-speed broadband in every home to 85% by 2025.

Separately, BT has announced a further £12bn investment to roll out full-fibre broadband in up to 20 million premises by the mid- to late 2020s.

The Country Land and Business Association (CLA), which has been campaigning for better broadband for farmers and rural businesses for more than a decade, gave the latest announcements a cautious welcome.

CLA president Mark Bridgeman said: “This is an important moment in levelling up the countryside. Too many rural businesses are put at a disadvantage by poor connectivity.

“The rural economy is 16% less productive than the national average, largely due to poor infrastructure. Closing this gap would grow the economy by at least £43bn.

“So this is a good start, but if government is serious about levelling up then its foot needs to stay on the accelerator until the job is complete.”

Farmers and crofters in Scotland feel they are being left behind on mobile and broadband connectivity, according to a survey by NFU Scotland.

The union received almost 400 responses to a survey of its members between November and January about key connectivity difficulties faced by those in the agricultural sector.

More than three-quarters (77%) described their mobile and broadband connections as “not fit for current or future needs”.

Poor mobile phone connections remains a challenge, with almost half of respondents (48%) describing the quality of their mobile signal in their office as “poor” or “very poor”. And 57% said their broadband connection was a barrier to diversifying their farm businesses.

NFUS said poor connectivity during the Covid-19 pandemic has limited businesses’ ability to adapt to the greater reliance on virtual communication, leading to greater feelings of isolation.

Commenting on the results of the survey, NFUS vice-president Robin Traquair said the digital divide “continues to grow”.

He added: “This is not a future problem, it is negatively impacting our farming and crofting communities and businesses now – and must be addressed urgently.”

Between 19 November 2020 and 4 January 2021, NFUS received 398 responses to questions exploring the key connectivity difficulties being faced by those in the agricultural sector.