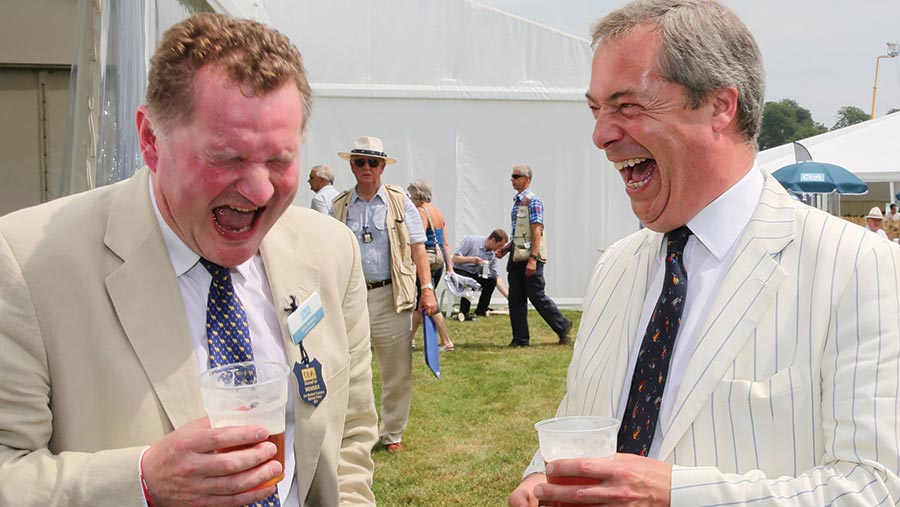 The government has been told to clear up the confusion over what would happen to farm payments if the UK voted to leave the EU.

Farm minister George Eustice said he had received personal assurances from prime minister David Cameron that the government would continue to support farmers in the event of a Brexit.

Pro-Brexit minister Mr Eustice said Mr Cameron had told him that the government would give farmers “as much support – or even perhaps more” if the UK left the EU.

But the government has so far declined to make any statement about Mr Eustice’s comments, leaving farmers in the dark.

Now the Country, Land and Business Association (CLA), which represents 33,000 farmers and landowners in England and Wales, has written to Mr Cameron and urged him to “dispel confusion and uncertainty” by setting out the government’s Plan B for farming.

CLA president Ross Murray said: “There is a lack of clarity around what is statement of fact and what is conjecture regarding government plans.

“This is causing confusion and uncertainty around investment decisions and around meeting long-term environmental commitments.

“The rural business community is looking for more from government and the civil service, specifically to set out what would be involved in a Brexit scenario for the rural sector.”

In March, the CLA published a report Leave or Remain: The Decisions That Politicians Must Make to Support the Rural Economy, which sets out the four priority areas for farming and rural businesses concerning the EU referendum.

The report said ministers must assure the farming industry that payments currently delivered through the common agricultural policy (CAP) scheme would be delivered up to 2020, when the current scheme ends.

Vote Leave campaigners argue that, as a net contributor to the EU, there is no reason why the government could not continue to support farming to the same extent, or possibly more, if the UK decides to leave the EU.

However, critics have warned that the Treasury could decide to provide less funding for farming and allocate it to other areas, including health, education and security.

A Defra spokeswoman said: “The future level of funding support for farmers is unknown. If the UK decided to leave the EU, it would be a huge leap in the dark. We have always said that.

“We have been keen to remind farmers how much stronger and better of they are inside the EU with free access to a single market which is worth in excess of £500m.”