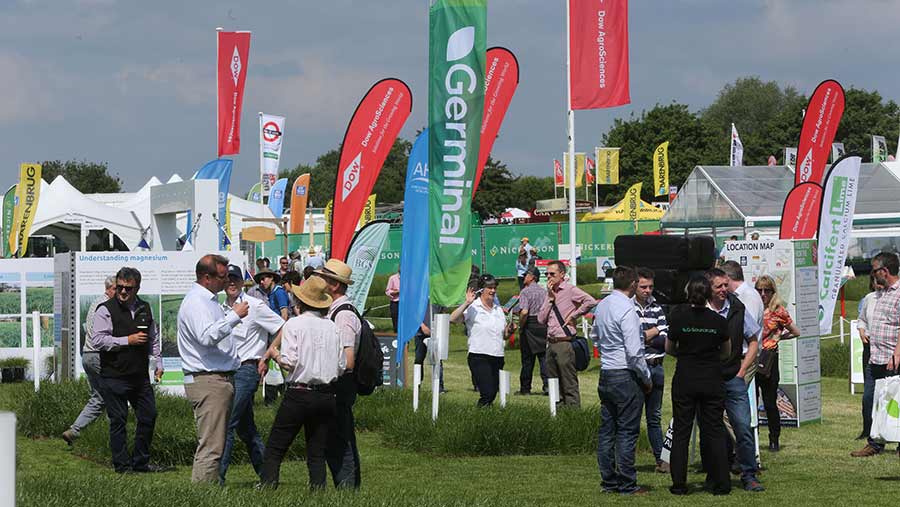 Two major rural and farming events planned for this spring have been cancelled over the coronavirus pandemic, with more expected in the coming days.

It follows the announcement by prime minister Boris Johnson that everyone should avoid mass gatherings and limit travel to essential journeys to fight the spread of the virus.

Organisers of the Grassland and Muck event have announced that the cancellation of this year’s event, which was due to take place at the Ragley Estate, near Alcester, in Warwickshire on 20 and 21 May.

The working machinery event, organised by the Royal Agricultural Society of England (RASE), is the leading demonstration event for farmers, focusing on grass, forage, muck and soils.

The British Pig and Poultry Event, the UK’s only dedicated pig and poultry industry event, has also been cancelled. It was due to take place on 12 and 13 May at Stoneleigh Park, Warwickshire.

In a message to exhibitors, organiser RASE said: “While we are sorry to have to make this announcement to cancel, it is the right decision to protect the health of the industry and indeed the wider population in these unprecedented circumstances. We will be in touch in due course to confirm future plans for both events. We thank you for your support.”

In Northern Ireland, the Royal Ulster Agricultural Society (RAUS) has announced the postponement of the Balmoral Show until Wednesday 19 August to Saturday 22 August 2020. The event, which attracted 120,000 people in 2019, had been due to take place on 13-16 May.

An RAUS spokesman said: “We are currently in uncertain times following the recent outbreak of Covid-19, and the health of our stakeholders and visitors remains our key priority. We will continue to monitor the situation closely.”

The Ulster Farmers Union (UFU) has also taken the unanimous decision to suspend internal meetings, due to the coronavirus outbreak, with immediate effect. It said the health and safety of members and staff was the primary incentive behind the announcement.

“At the present time, it is not possible to say when we will be able to get back on track and reschedule meetings. Like many, we are taking it one day at a time and will monitor the situation closely,” said UFU president Ivor Ferguson.

Farmers are also taking action to limit the number of visitors.

Tom Gethin, of Brymar Holsteins, Welshpool, tweeted that only vet and feed or tanker drivers were now being allowed on farm without an appointment.

Just had a on Farm Corba Covi19 meeting, only Vet and feed/tanker drivers allowed on Farm so unless you have an appointment then please kindly stay away. Thanks over and out

Independent dairy and beef nutrition consultant Hefin Richards responded by saying he had suspended farm appointments. “Social distance is key to slowing down the spread and in my view farms should now limit non essential visitors.”