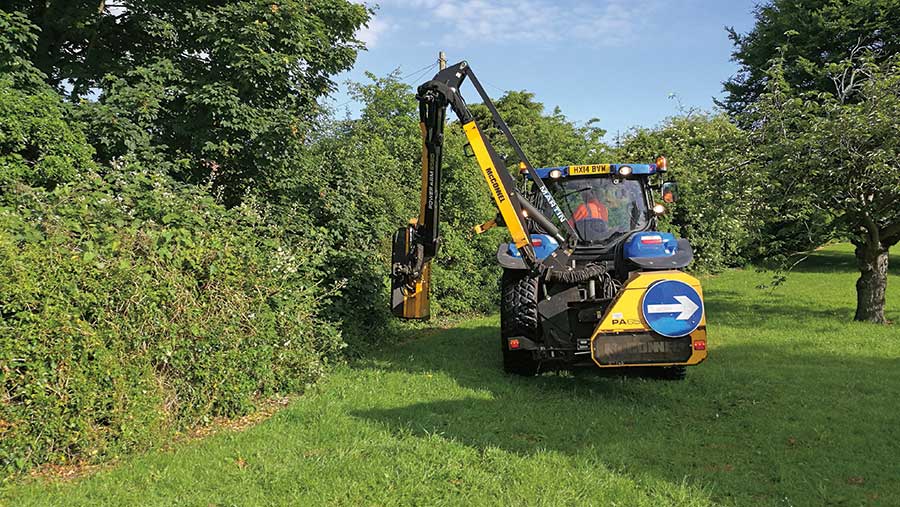 A council has been accused of “double standards” after one of its contractors was pictured trimming hedges in the peak of the bird nesting season.

Currently, farmers and landowners are prevented from trimming hedges during six months, between 1 March and 1 September to protect nesting birds as part of EU legislation.

The Defra policy means any farmer of contractor caught cutting hedges during this period without a derogation could face penalties under cross-compliance rules – and possible reductions in their single farm payment.

However, local authorities, woodland, golf courses and private householders are not subject to the same restrictions as farmers.

Some local authorities follow Defra guidance and do not flail hedges between 1 March and 1 August.

However, if the hedge is causing an obstruction either on the highway – for example road or footpath – and restricts vehicle or pedestrian movements, then that hedge can be cut back as a safety measure.

The contractor was asked why he was trimming hedges during the height of the bird-nesting season. The hedge was not obstructing the pathway or view of traffic.

However, the contractor said he was allowed to trim hedges and grass verges for driver visibility. He added: “Maybe I cut off a bit more than I should’ve done?”

He described the ban as “ridiculous” and said: “These days, there is probably more wildlife in towns than in the countryside. There are loads of foxes and badgers.”

Farmers on Twitter gave their reaction to the photo of the contractor cutting hedges in June.

Archie Workman (@MilkChurnStands) tweeted: “You should only be cutting grass and nettles – that’s what I do!”

Rebecca Emmett, executive director of borough services at Basingstoke Deane and Borough Council, said: “Our policy is to avoid cutting and trimming hedges between March and August unless there is a specific health and safety risk, such as impeded sight lines or risk or harm to pedestrians.

“In these cases an environmental audit will take place to make sure wildlife is not affected.

“In this instance a contractor working on our behalf was in the area mowing a steep grass ditch with a side arm flail and, on spotting some overhanging bramble on a nearby hedge, made the decision to trim back a small amount of growth.

“This shouldn’t have happened and we’re grateful to Farmers Weekly for bringing this to our attention.

“We have taken this opportunity to remind our contractors of the need to observe this policy which is in place to protect local wildlife, something which we as a council take extremely seriously.”

If you see council hedges being cut during the bird nesting season, take a photo and email philip.case@rbi.co.uk