A young farmer who spent the past three years breeding sheep has become the latest victim of a dog attack on his flock.

Tom Hadley, 23, from Pencombe, received the bad news on Friday (2 September) at 4pm that two dogs were attacking his flock of 56 weaned lambs in a field near Risbury, Herefordshire.

The lambs were on rented land and he immediately called the closest farmer to take a look.

(Warning: the photos below depict close-up images of the dead sheep)

That farmer reported scenes of “a massacre” to Mr Hadley, who rushed to the scene with his shotgun. 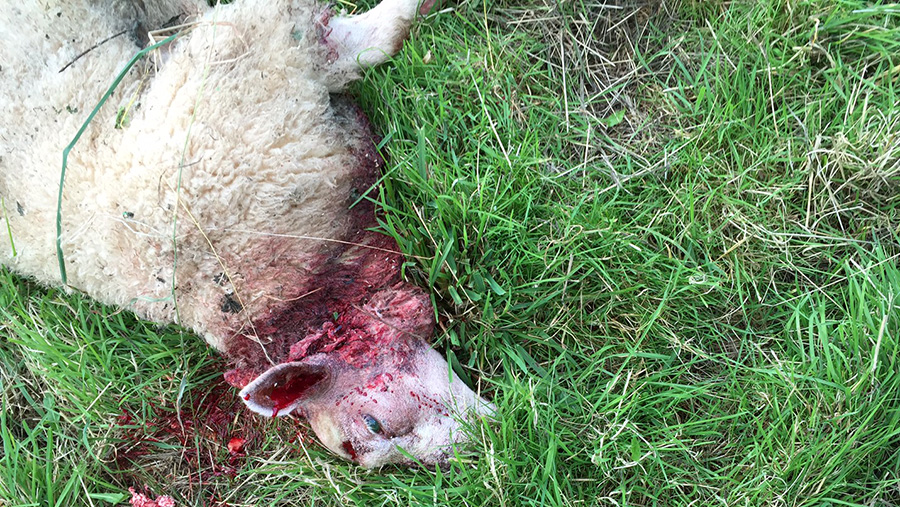 A 64-year-old man from Risbury, Leominster, has since been arrested on suspicion of being the owner or person in charge of a dangerously out-of-control dog.

He was released on bail until 16 October. 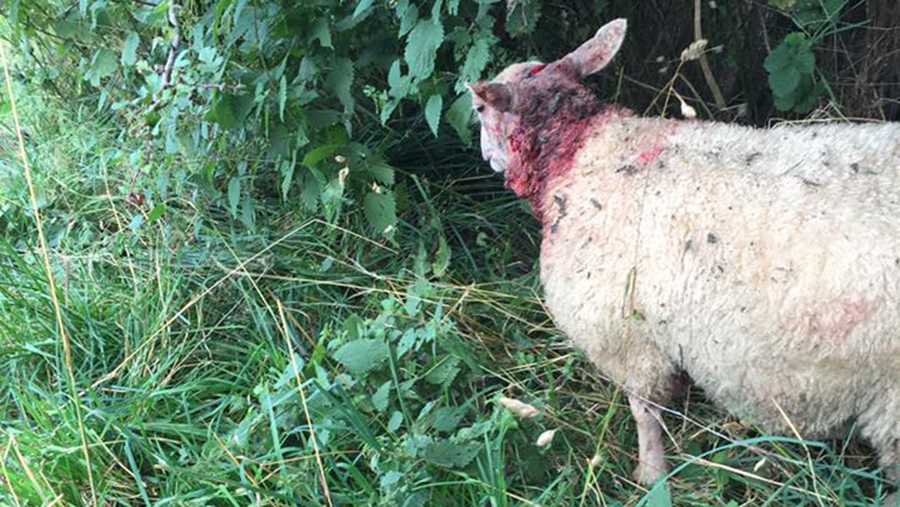 Mr Hadley said: “When I got to the field I could see the two dogs chewing on one of my lambs.

“When they spotted me they came rushing to the gate.

To have all my hard work wiped out in one afternoon is soul destroying. I am insured, I just hope the dog owner is too Tom Hadley, sheep farmer

“I shot one of them twice, but it just got up and both of them ran to the woods.

“There were lambs running around with chunks of their face missing and we had to put them down.

“It was horrific to say the least.”

West Mercia Police said “a proactive investigation” involving several specialist resources is under way and confirmed “firearms officers were deployed to the scene as a matter of precaution”. 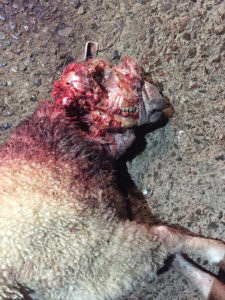 Among Mr Hadley’s losses were 19 Beltex Charollais-cross tup lambs valued at £450 each.

There will also be additional veterinary costs as well.

“I am devastated,” said Mr Hadley.

“I have worked hard over the past three years to breed a tup that I am proud of from the Beltex and Charollais breeds.

“To have all my hard work wiped out in one afternoon is soul destroying. I am insured, I just hope the dog owner is too.”

It is believed police have found and seized the two dogs involved in the attack.

Inspector Daniel Pilkington said: “We would like to remind the public that it is an offence for a dog owner and anyone controlling a dog to allow it to worry livestock on agricultural land.

“If this happens, individuals may be prosecuted or fined and ordered to pay compensation.

“Under the Animals Act 1971 a farmer, landowner or anyone acting on their behalf has a legal right to shoot your dog to protect their property.”