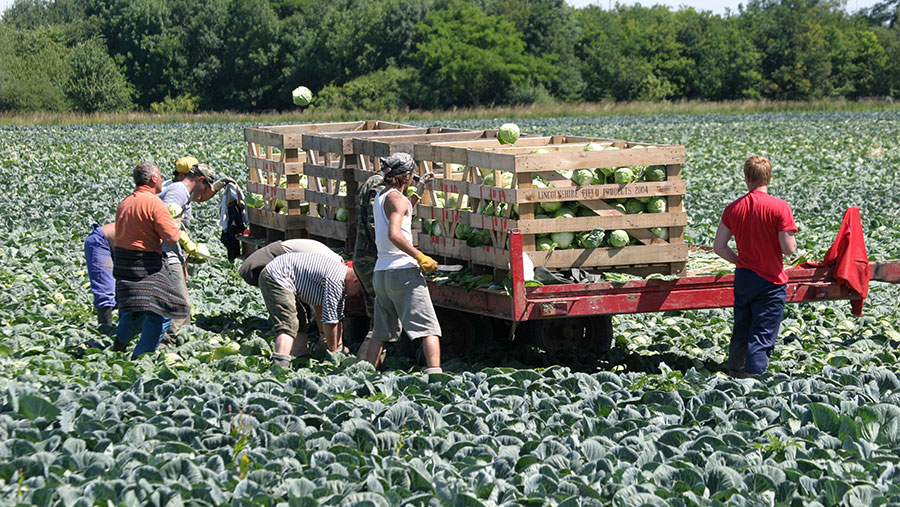 Growers say they have secured a mandate to reform the Agriculture and Horticulture Development Board (AHDB) – arguing that it fails to provide value for money.

Most growers view the levy organisation as outdated and unwanted, suggests a ballot of almost 2,000 levy-payers from the horticulture and potato sectors.

The ballot was organised by three Lincolnshire growers who produce potatoes, vegetables and flowers with a combined turnover of £20m.

Ballot organisers say the 33% response rate dwarfs a 2018 government review of the organisation, which received responses from fewer than 0.5% of levy-payers.

Flower grower and ballot co-organiser Simon Redden said the survey would have been sent to more levy payers had the AHDB provided their details.

“We believe that the AHDB’s refusal to provide details of all levy payers has denied some 1,800 growers from having a vote – a very undemocratic move,” he said.

“We are disappointed by the NFU’s enthusiasm for Defra’s heavily flawed review.

“The NFU members who have voted in this ballot have provided a clear mandate for the NFU to reverse its previously held position.”

The key findings from the ballot are:

The ballot also found that 70% of growers conduct their own research and development activity to remain competitive in the marketplace.

Some 81% of respondents believe it is wrong to discriminate against commercial growers by making them file an annual return when other farm sectors do not have to do so.

At a time when growers are particularly hard-pressed, 85% of respondents believe the levy should be halved for this year, with the shortfall funded from existing AHDB reserves.

Mr Bratley said: “The statutory levy has extracted circa £140m from horticulture and potato growers over the past 12 years while delivering nothing in return.”

“Growers need to feel that AHDB is accountable,” he said. “It’s important to recognise that our priorities and work is all shaped and driven by growers who sit on our boards, committees and panels.

“We get regular feedback that our work is valued by many growers, particularly on areas such as crop protection, storage, labour and skills.

“But we recognise we need to change, in line with the significant challenges the horticulture and potato sectors are experiencing.”

Mr Hind said the AHDB had reduced the horticulture levy by 10% from this year.

It was working with growers on a new levy formula to better reflect modern production practices – and had put in place a levy deferral mechanism for growers suffering due to Covid-19.