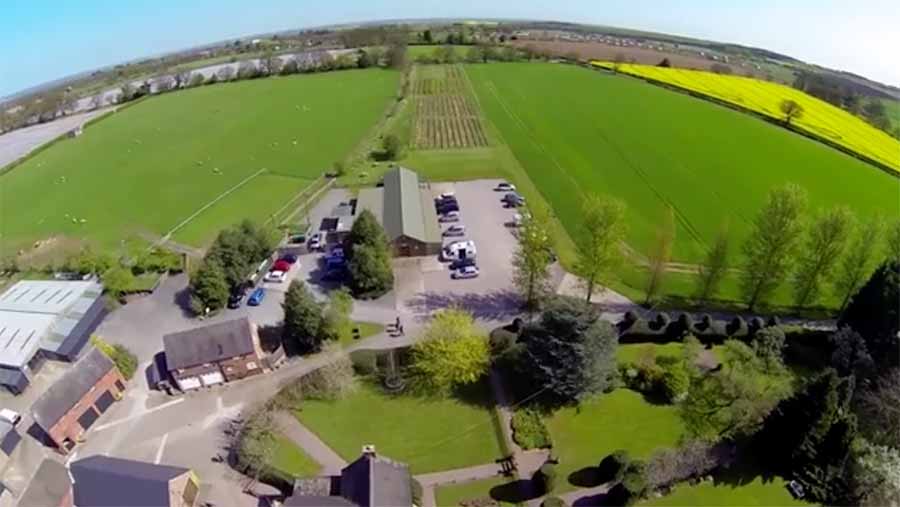 The family who won the prestigious Farmers Weekly Diversification Farmer of the Year award in 2011 has closed the doors of their farm shop for the last time because of HS2.

John and Rosemary Barnes of Packington Moor Farm, near Lichfield, Staffordshire, have seen their farm business destroyed by the decision to build a high-speed rail link from London to Manchester.

The route cuts through the centre of their 280ha farm, making it unviable and forcing the closure of their thriving farm shop, café and wedding venue.

They opened the farm shop for the last time on Saturday (23 September), after more than 30 years of trading. The family will also host their final wedding on the farm on 23 December, in the award-winning barn that has seen more than 700 couples pass through its doors since it opened more than a decade ago.

Watch a video of the Barnes’ story made by the NFU:

Mr Barnes told Farmers Weekly it had been an emotional day for the family, who had faced a “rollercoaster” ride since they first heard of the threat to the business in 2010.

“It has been terribly stressful and has affected the development of the business ever since that time – we have had to put everything on hold,” he said.

“The railway goes straight through the wedding venue and out of 19 buildings we are losing 15.

“The farm was going to be pretty much unviable and the farm shop would have had to have been closed during the construction phase.

“From our point of view, there wasn’t really a lot of future for us left at Packington because of the impact it was having on the business.”

Mr Barnes said their customers had shown great support on the final day of trading.

“We had people coming who said they had been coming to us since they were children. “It was an emotional day. It hasn’t really hit us yet, but it will do.”

The Barnes served a blight notice on the government after realising the devastating effect HS2 would have on their farm business, which resulted in a compulsory purchase order to buy the land.

They negotiated a sale-and-lease-back agreement, but with a requirement that they must wind up both the shop and events business by Christmas 2017.

Demolition is scheduled to start in 2019.

Mr Barnes said the sale of the property had enabled the family to buy a 200ha farm near Cheltenham in Gloucestershire in 2016, where the family is relocating.

However, they were still battling over the level of compensation they should get because of the “extinguishment” of their commercial business.

“We’ve been adequately compensated for the property, but not for the business. That’s the battle we have ongoing,” he said.