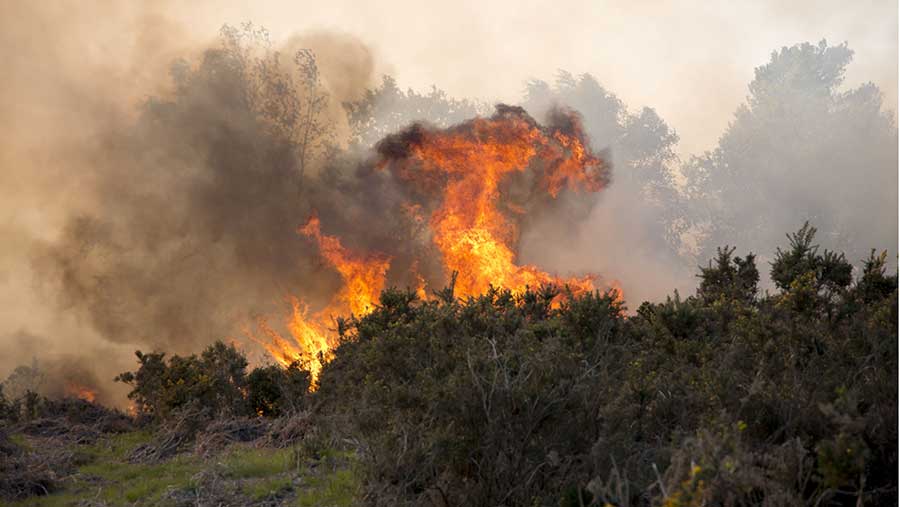 Irish farmers are being investigated after illegal burning of farmland led to more than 460 wildfires across the country in a single week.

If found guilty, they could lose part of their subsidies.

It is an offence under the Wildlife Act 1976 to clear vegetation from farmland by fire during the closed season of 1 March to 31 August.

Fire services said the majority of fires they attended in early May were started deliberately.

The Department of Agriculture, Food and the Marine is currently analysing satellite imagery to identify land that has been burnt illegally and may physically inspect any such land identified.

Mr Doyle said: “My department is actively investigating all of the recent incidents of illegal burning of land using the most up-to-date technology and satellite imagery.

“My department will not tolerate incidences of illegal burning of land and will take all necessary actions to ensure compliance with the conditions of the various EU-funded area-based schemes, including reducing payments and penalties where applicable.”

Farmers have until 31 May to remove any illegally burnt land from their submitted BPS 2017 application.

The Irish Farmers’ Association (IFA) said the fires have left farmers in a “totally unfair situation” where they face financial loss when lands have been burnt through no fault of their own.

IFA National Hill Committee chairman Pat Dunne called for a process to be established to allow for appeal and fair judgement in cases where farmers’ lands were burned.

“Unless such a process is put in place, farmers with burnt land are being unfairly victimised and have no way to achieve a fair assessment of their situation,” Mr Dunne said.

The fires occurred after a serious dry spell saw only 25% of normal rainfall, creating the ideal conditions for wildfires to spread.