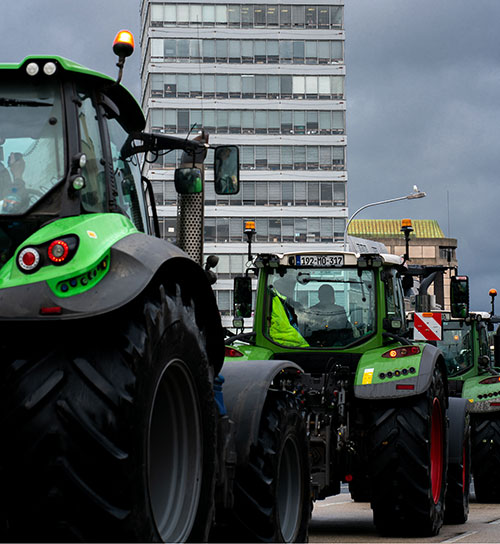 The tractor protest – organised by a group calling itself the Individual Farmers of Ireland – was held to coincide with the evening rush hour on Thursday (16 January).

It followed a second day of traffic disruption which caused road closures and serious delays to commuters in and around the city.

The farmers said they did not want to completely blockade the motorway, which is the main orbital route around Dublin.

But the government had failed to address the issue of falling beef prices, which have resulted in heavy losses for farmers.

Not everyone was impressed with the protest.

Beef prices are about 7% down on this time last year, with R3 steers fetching €3.55/kg deadweight in the first week of January, compared with an average of €3.84 during 2019.

The unsustainable discounting of top-quality beef is a race to the bottom that has to stop, he told a meeting of Ireland’s Beef Taskforce last week.

“Retailers and factories, which work together, must pass back higher market returns with a significant and immediate price rise to farmers,” said Mr Healy.

The taskforce has hired consultant Grant Thornton to undertake a full and independent review of the beef market and customer requirements, he added.