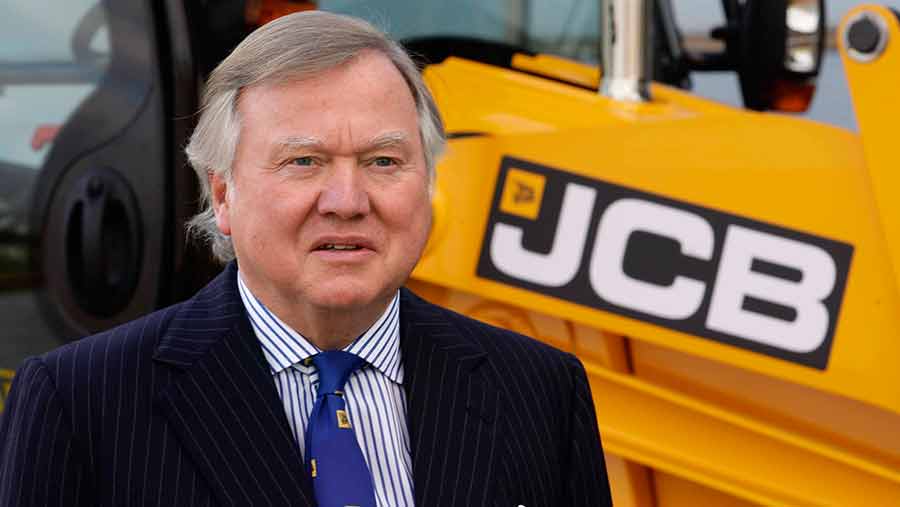 The chairman of JCB has written to all his staff to explain why he will vote to leave the EU in the upcoming referendum.

In a letter sent to the machinery company’s 6,500 workers, Lord Bamford said he voted to stay in the Common Market in 1975, but he did not vote for a political union.

Lord Bamford explained that JCB was a global company selling to 150 countries and 78% of its turnover comes from the UK and non-European countries.

Although 22% of JCB’s trade is completed with EU countries, the billionaire businessman said the company would continue to trade with Europe “irrespective of whether we remain in or leave the EU”.

I believe that JCB and the UK can prosper just as much outside the EU, so there is very little to fear if we do choose to leave Lord Bamford

Lord Bamford said: “The UK is a trading nation and the fifth largest economy in the world.

“I am very confident that we can stand on our own two feet. I believe that JCB and the UK can prosper just as much outside the EU, so there is very little to fear if we do choose to leave.”

However, Lord Bamford told workers it was up to them to decide how they should vote in the referendum on 23 June.

“After more than 40 years in the EU, I will be voting to leave,” he said. “How you vote is entirely a decision for you.

“Above all, do please cast a vote one way or the other – your opinion counts and your vote counts.”

JCB has donated millions of pounds to the Conservative Party over the last 15 years, including more than £1m in the 2014-15 financial year.

Lord Bamford’s letter will be a blow to prime minister David Cameron, who is touring the country to encourage people to vote to remain in the EU.