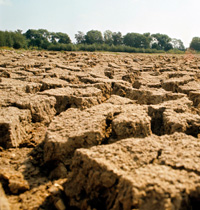 June was one of the driest months on record for some parts of the UK, the Met Office has confirmed.

For some southern counties June is in the top five driest months. Cornwall received just 37% of the long-term average rainfall and Kent recorded only 21.1mm of rain, 40% of the county’s average.

It was also warmer than average, with the mean maximum temperature 1C above the norm, at 17.9C.

Provisional figures from the Met Office showed that the UK received 198 hours of sunshine in June, 117% of the average.

It was not just the south which was affected. Northern Ireland enjoyed its sunniest June since 1957, with 227 hours.

But the heatwave was expected to come to an end. The Met Office said the north east of England would suffer severe thunderstorms with heavy rain. By Monday 6 July, temperatures would be closer to normal for the time of year at between 17C and 20C, the forecast showed.

The longer-term outlook across the UK was for average rainfall for the rest of the summer, a Met Office spokeswoman said.

Temperatures were likely to be above average, she added.