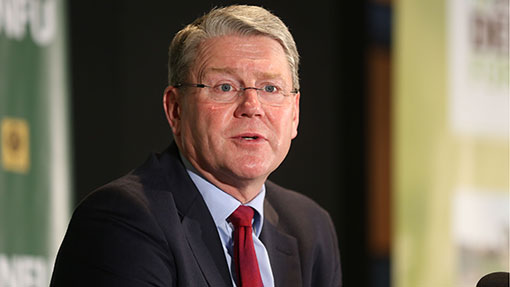 Peter Kendall has resigned as president of the World Farmers’ Organisation – after just six months in the job.

The former NFU president told Farmers Weekly he would be standing down with immediate effect to spend more time with his family.

Mr Kendall took on the WFO presidency in March before he was nominated to become chairman of the Agriculture and Horticulture Development Board (AHDB), the levy board which represents cattle, sheep, pigs, milk, potatoes, cereals, oilseeds and horticulture in the UK.

Mr Kendall said he was genuinely interested in the opportunity to learn more about global agriculture. But he admitted that he had “made a mistake” by accepting the role.

He soon realised that to carry out the role with the level of intensity and enthusiasm he wanted required more time and input than he initially thought.

“I hold my hands up and say I don’t want to do the job half-heartedly, I’d rather someone else step up and do it properly,” he said.

After a career spanning eight years with the NFU, Mr Kendall received the Farmers Weekly Farming Champion Award last week for his dedication to UK farming.

And it is this passion to ensure UK farming makes the most of its opportunities and his role as chair of the AHDB that aided his decision to step down, being almost “at odds” with his role at WFO, he added.

With requests to speak at so many global conferences, Mr Kendall said the time spent travelling was also too much, equating to three in every four weeks.

He said he was now looking forward to spending more time with his family and focusing on his Bedfordshire farm, despite Mrs Kendall believing he still wouldn’t be at home any more, he added.

WFO vice-president Evelyn Nguleka, is now temporarily filling the role of president until a new board member is elected.

The WFO brings together more than 50 producer organisations and agricultural co-operatives from around the world. It was formed to improve the livelihoods of farmers and the viability of rural communities as well as ensuring coherence with other agriculture-related activities.