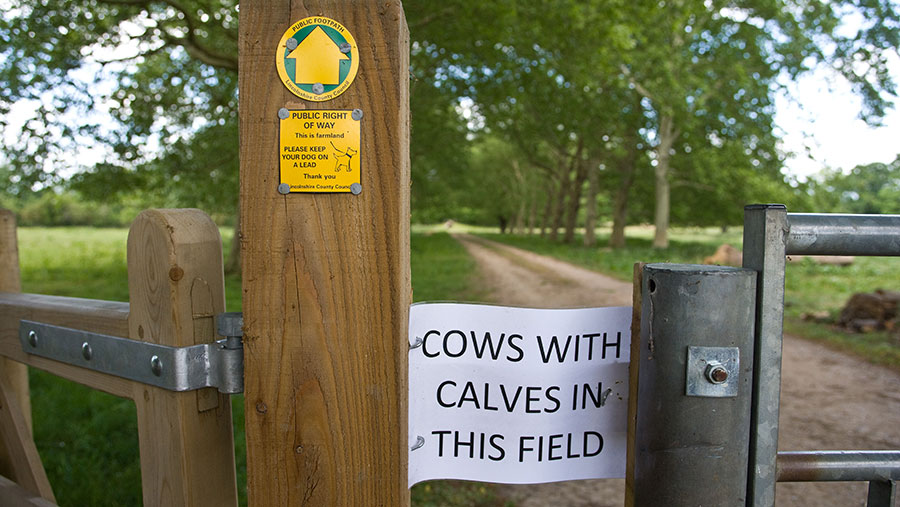 A Lancashire farmer has been sentenced for safety breaches after an 83-year-old walker was trampled to death and his wife seriously injured by cattle in a field with calves at foot.

Leeds Magistrates’ Court heard how on 30 May 2020, walker David Tinniswood and his wife were attacked by cattle while following a public right of way across Ivescar Farm at Chapel-Le-Dale, in Carnforth, near the Lake District.

An investigation by the Health and Safety Executive (HSE) found that the couple were walking on a footpath that passed through the yard at Ivescar Farm, following a right of way that runs from the farm down to the road.

See also: How to stay safe with cattle as public footfall increases

They were accompanied by two Border terriers when they were attacked by cattle that were grazing in the field with calves at foot. Mr Tinniswood was trampled and pronounced dead at the scene, and his wife suffered serious injuries but survived.

Speaking after the hearing, HSE inspector Julian Franklin said measures could have been taken to safeguard walkers using the path – firstly, not using that field for cattle and calves.

“Most farmers will have other groups of stock that can graze fields containing rights of way, so can reduce the risk of incidents by putting sheep in them, or they could take fodder crops from them,” he explained.

“Cattle with calves can be put in fields without rights of way, away from members of the public, or can be segregated from walkers.

“Farmers should ensure they take all reasonably practicable precautions to protect walkers on public rights of way, especially when they are grazing cows and calves together, or bulls are present.”