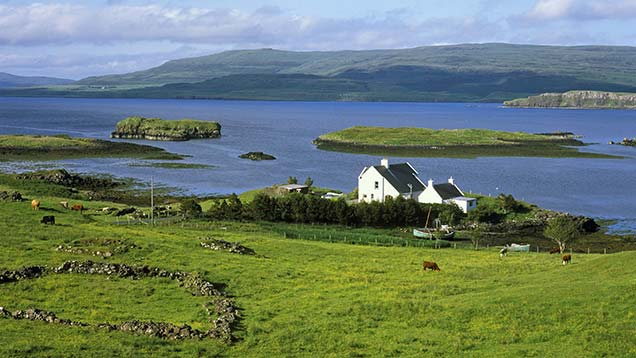 An alliance of land agents has hit back after being branded “inexperienced and clumsy” by the official in charge of the Scottish government’s tenancy reform group.

The claim was made last month by Andrew Thin, the chairman of the Scottish government’s Agricultural Holdings Review Group.

During a speech at NFU Scotland council on 29 October, Mr Thin said he had come across too many instances where professional “intermediaries” were part of the problem in difficult landlord-tenant relationships.

Mr Thin said although land agents did not mean to cause a problem: “They do”.

The review group chairman blamed a lack of proper training and codes of practice for land agents’ “inexperienced” and “clumsy” approach.

Now  leading firms, including Bell Ingram, Smiths Gore, CKD Galbraith, Strutt & Parker and Savills, have joined forces and hit back in a statement to the Scottish government.

The statement said the recent characterisation of their whole profession as “clumsy’ was unjust.

It added: “Our people feel a strong and natural commitment to the work they do, the wide variety of people they work with daily, and are committed to being part of a dynamic rural sector.”

The alliance of firms said it was “acutely aware” of the polarised and sensitive debate around the tenant farm sector and especially landlord-tenant relationships.

“As firms steeped in the land management sector, our paramount responsibility is to act to the highest professional standards and ensure we fulfill an active and, perhaps more importantly, constructive role in all aspects of land management and agriculture,” the declaration said.

“While there are mechanisms in place that give potential complainants an opportunity to seek redress, we wish to make clear our unwavering support for the highest standards of professional practice and recognise that practitioners should continually strive to be beyond reproach.

“There is a clear responsibility on land agents to demonstrate high professional and business standards and our firms wish to reaffirm that we are wholly committed to the implementation of these standards,” it said.

The declaration of commitment to good practice has been sent to the Scottish government and the Agricultural Holdings Legislation Review Group as well as the Royal Institution of Chartered Surveyors.