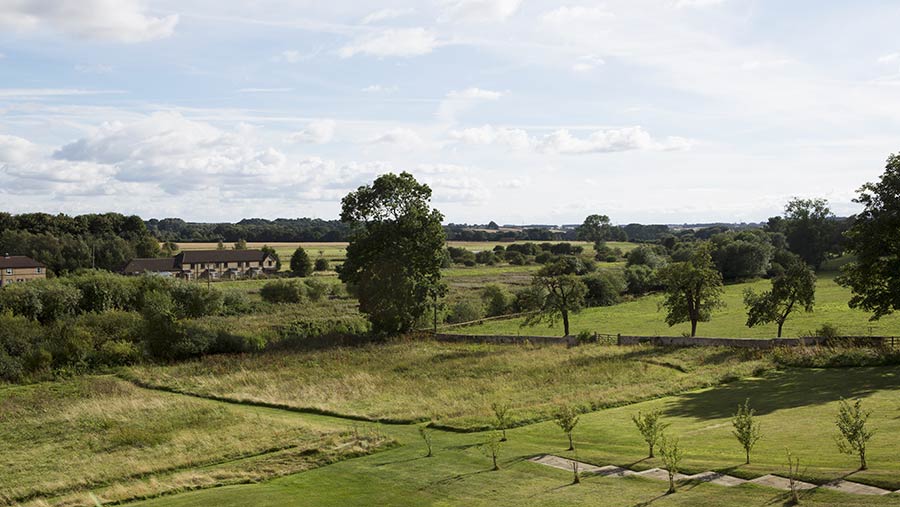 Fracking company Ineos says it is meeting increasing resistance at it presses on with its plans to start seismic testing in two of its licence areas – north-west Cheshire and North Yorkshire.

Letters have been going out to farmers and landowners in these areas in batches since the start of the year, offering money to allow access for basic survey work.

One of the letters, seen by Farmers Weekly, suggests a payment of £500 for allowing a six-month survey to take place, with a £250 bonus if the farmer agrees the terms on offer by a certain date. These figures are described as “typical”.

See also: Fracking to be banned in Scotland ‘indefinitely’

What the letter says

But opposition to the approaches is being led by local action group Rydale Farmers Against Fracking. It describes the seismic surveys as “simply the first stage in a process that will hasten the onset of fracking in our beautiful district”.

It is urging “mass refusal to co-operate” and has condemned the approaches being made by Ineos representatives, likening them to “salesmen”.

A group of 32 leading northern land and business owners, including Castle Howard owner Nick Howard, has also written to the local press, expressing their concerns about the safety and impact of fracking on rural areas.

But Ineos denies it is attempting to pressurise farmers and insists farmers who sign these agreements are committing to access for the survey work only, and there is no obligation to move on to the development stage.

According to commercial director Lynn Calder, it is too early to say what kind of uptake would be achieved in North Yorkshire.

However, a similar seismic survey in the East Midlands last year, covering more than 200sq km, had been agreed with about 600 landowners, securing access to about 80% of the survey area. That was enough to provide sufficient data for a viable survey.

She also dismissed fears about the safety of fracking, explaining that there are already more than 2,000 wells in the UK which have been sunk through aquifers, and these are triple-lined with concrete to ensure their stability. “It’s a very conventional practice,” she said.

Tom Watson, from North Yorkshire chartered surveyors Cundalls, said he was acting for a number of farmer clients in north and west Rydale who had received the letters and were seeking further advice.

“Our clients fall into three roughly equal groups – those who say no to fracking at all costs, those who see it as money for nothing, and those who are not sure.

“Some farmers are quite interested in the potential returns. But there is growing concern that, if they agree to seismic testing, they will find themselves up against their local communities.”

Can I refuse access to a company wishing to carry out a seismic survey?

Yes, the National Trust has done just that, though Ineos has recently been given permission to challenge the decision in the High Court. The process could take many months, if not years.

What about any damage? Is that covered by insurance?

The company carrying out seismic testing must have public liability insurance, though the landowner must satisfy themselves that it is adequate.

If I allow seismic testing on my land, will I then be able to stop a company from going on to the next stage of production?

Yes, you can. But if you do decide to move to the next stage, a longer-term formal agreement will be needed to cater for the access and infrastructure associated with fracking.

How can the companies gain access to my land?

If access is refused, the fracking company can apply to the courts. It must prove to the secretary of state that gas extraction is in the national interest and that negotiations have failed.

If rights of access were then granted, the fracking company would have to pay the landowners’ legal costs and compensation.