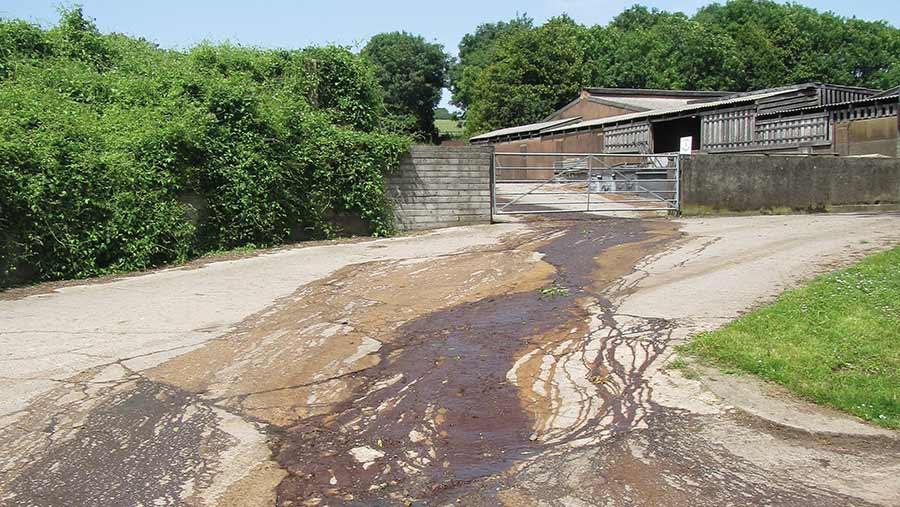 The farm business run by Royal Association of British Dairy Farmers chairman Peter Alvis has been ordered to pay £37,184 after two pollution offences.

Alvis Brothers, of Lye Cross Farm in Redhill, Somerset, pleaded guilty to the two offences, which took place in 2019, at Bristol Magistrates Court on 2 December.

The farm has a high profile and supplies leading retailers Waitrose, Marks and Spencer and Sainsbury’s, while it exports cheese to more than 40 countries around the world.

But the court was told it had received a formal caution and warning letters over pollution from the Environment Agency.

The main two incidents came to light on 28 June 2019, when an environment officer visited the farm following a report of pollution in a tributary of the River Yeo near Cheddar.

The source was found to be run-off from a manure heap that had entered a surface water drain. More than half a kilometre of water was polluted with slurry in the incident.

Alvis Brothers constructed a bund around the heap, but an inspection on 2 July 2019 found effluent was still leaking into the watercourse, the hearing was told.

Environment Agency officials established that there had been a chronic impact on the aquatic invertebrates living downstream of the farm.

On 31 July 2019 inspectors realised the pollution was continuing via slurry leaks from the bund.

Then on 18 September 2019, environment officers were on the farm and witnessed a second pollution incident. This time it was caused by pig slurry spreading on nearby fields. The slurry entered a field drain, discharging into the same watercourse.

In court, District Judge Lynne Matthews said the offences were “disgraceful” and “appalling”.

Judge Matthews said that in all the pollution cases she had dealt with, she had never heard of offenders having as many slaps across the hand.

She added that the company should not need to be nursemaided by the Environment Agency, given their experience.

“We expect much better from such a large and experienced farming business, both for the environment and the local communities.”

In a statement on behalf of the business Mr Alvis said: “Alvis Bros accepted responsibility for the incidents immediately and took action to remedy the situation, which we deeply regret.

“Subsequently, we have been working closely with the Bristol Avon Rivers Trust to improve the watercourse.”

He added: “As a result, an invertebrate survey conducted in October 2020 shows a marked improvement in the health of the watercourse under the control of Alvis Bros.

“After 70 years of trading, Alvis Bros continues to be committed to farming and producing high-quality food in harmony with the environment.”