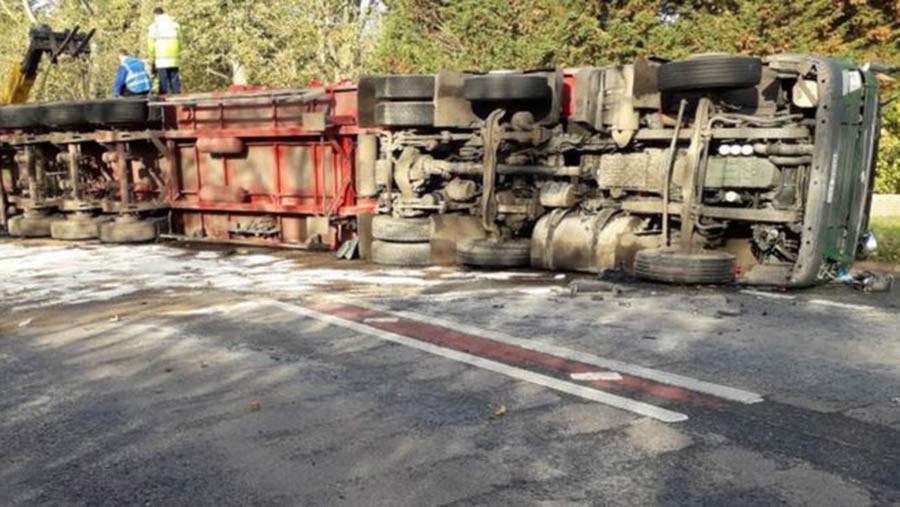 A lorry carrying 600 live turkeys has overturned, forcing the closure of a major A-road in Norfolk.

Police closed the A47 road at Easton, near Norwich, in both directions for several hours on Wednesday (14 November) after the lorry slid on to its side.

Traffic had to be stopped at the scene to allow officers from Highways England to clear a fuel spillage and assist in the clear-up operation.

See also: Read the latest news and features on turkeys in our Know How section

The accident happened at around 7.30am near Mattishall, closing the road between Easton and Honingham.

Norfolk Police warned of significant delays in the area.

#A47 Easton – we are dispatched to deal with a report of an overturned lorry Norwich bound at the Easton roundabout. Expect significant delays. #norfolkroads @Norfolkfire

The lorry driver was taken to hospital for treatment for his injuries, which were not thought to be serious.

Back roads are now turning into chaos due to diversions! #A47 lovely sunrise though! @NorwichBuses @BBCNrfkTravel pic.twitter.com/leaKT0Jbli

The Humane Society International claimed the turkeys would have had a “terrifying ordeal” when the lorry overturned.

An animal welfare expert sent to the scene reported that the turkeys were “fine”, according to the BBC.