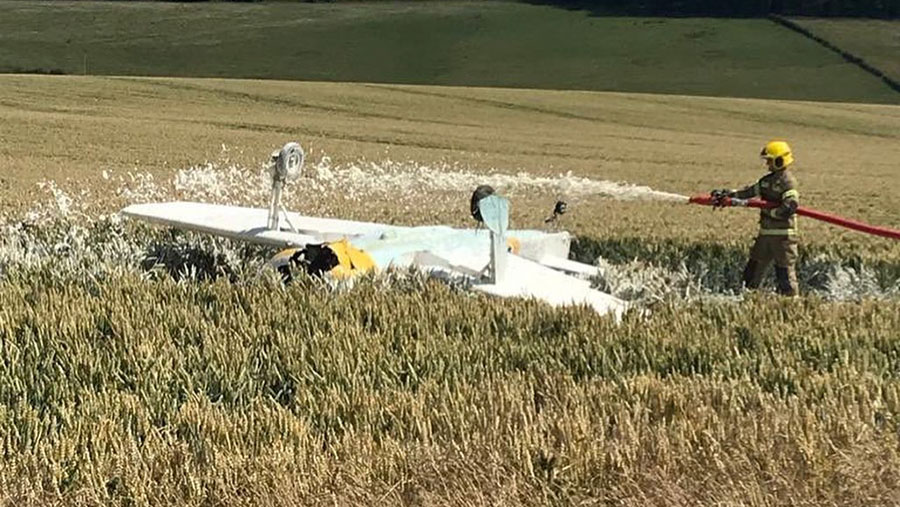 A pilot escaped with minor injuries after crashing his light aircraft in a field of wheat.

The plane, a replica of a German warplane, crash-landed and flipped on its roof.

Fire and ambulance crews were called to the scene shortly before 2pm on Sunday (12 July) following the incident in a field at Lower Upham, near Chiseldon, Wiltshire.

Firefighters cut free the pilot, a man in his 70s, who was taken to the Great Western Hospital in Swindon, where he was treated for non-life-threatening injuries. 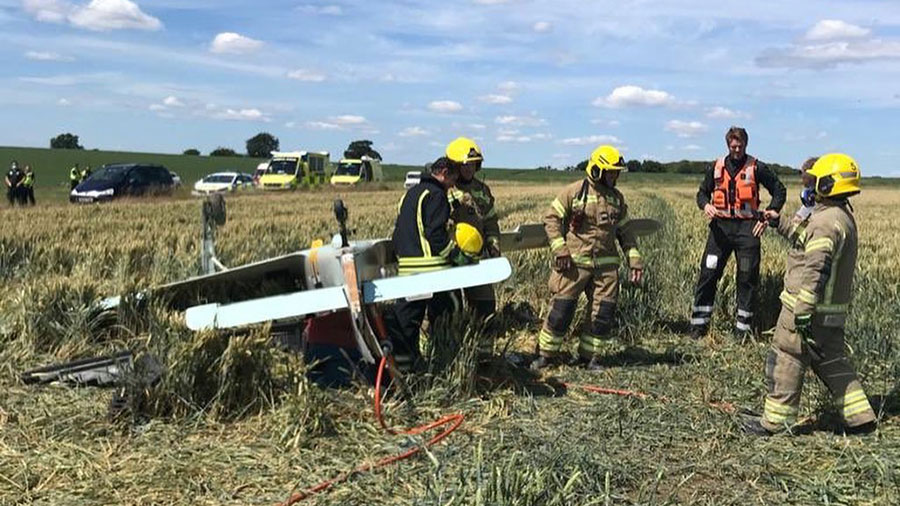 A spokesperson for Dorset and Wiltshire Fire and Rescue Service said: “We were called to an airstrip at Ogbourne St George at 1.54pm on Sunday after reports of a light aircraft crashing.

“Two fire crews attended, from Swindon and Stratton, and on arrival found the single-seater plane on its roof and the pilot still within the wreckage.

“The pilot was cut free using hydraulic rescue equipment, and foam was used to make safe the fuel leaking from the plane [onto the crop]. Firefighters spent more than an hour at the scene.”

“Our crews treated a male patient at the scene, and transported him to hospital by land for further care.”

The damaged plane was a replica of a Focke Wulf FW 190, which was widely used by the German Luftwaffe during the Second World War.