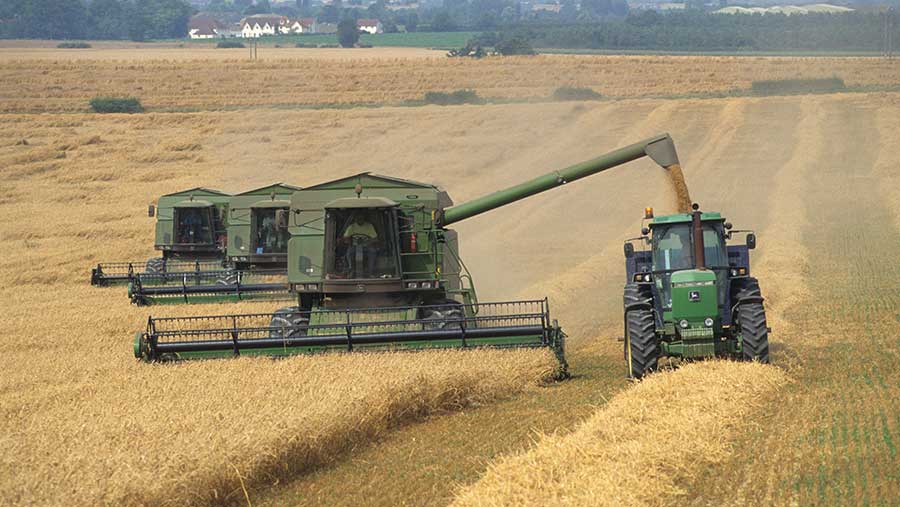 A major plan to boost UK farm productivity and competitiveness is to be launched by the AHDB.

The three-year plan will be launched by the levy board organisation at the start of December, said AHDB chief strategy officer Tom Hind.

It will encompass the period up to and beyond the UK’s exit from the European Union, he told the Agribusiness 2017 conference at Peterborough on Wednesday (23 November).

See also: Why UK agriculture must up its game

“We are likely to see a much more liberal trading environment and more competition on our home market as well as our overseas markets, like the rest of the European Union.”

The biggest challenge underlying all of this was productivity, said Mr Hind. UK agricultural productivity had lagged behind that of its competitors, he told delegates.

“It is significant because productivity is a key driver of competitiveness – and if you want to compete then you have to drive productivity.

Addressing the productivity challenge would lie at the heart of the AHDB’s strategy.

“What is absolutely critical is that we as an organisation – and all of us – try to focus on the elements of that productivity challenge that we can do something about.”

The first element was improving the rate at which innovation and technological advancement could be taken up on farm, said Mr Hind.

It was important to drive more transformational research – and then get it on to farms so growers and livestock producers could use it to their advantage.

The second element was helping the industry to “upskill itself” and become more professionally capable so it could drive its own competitive advantage.

The new strategy would aim to uncover the attributes that enabled the best farm businesses to outperform others, including through benchmarking.

It would also look at performance across the supply chain, including encouraging more knowledge exchange and R&D investment into areas that improve productivity.