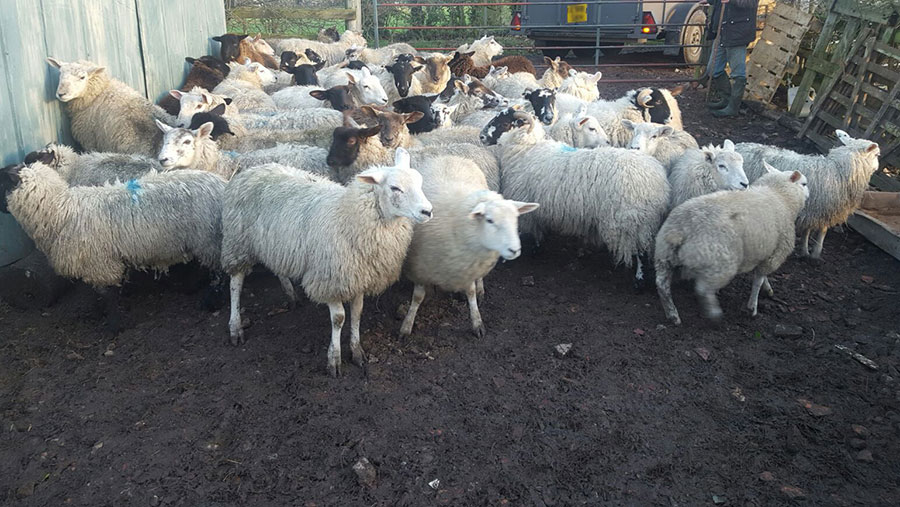 A man has been arrested after a flock of stolen sheep and goats were found in a farmer’s field.

Police detained the 54-year-old man on suspicion of theft and possession of cannabis following the discovery of 65 sheep and goats in North Yorkshire. He has been bailed pending further enquiries.

A stunned landowner discovered the livestock in a field in Hambleton. He alerted police who told him the animals were stolen.

North Yorkshire Police have appealed for help to trace the owners of the sheep and goats (pictured).

Inspector Jon Grainge, of the force’s rural crime task force, urged any sheep farmers in the area who have had sheep or goats stolen since lambing 2016 to email police at ruraltaskforce@northyorkshire.pnn.police.uk.

Over recent years, North Yorkshire Police and surrounding rural forces have received an increasing number of reports relating to the theft of sheep.

Some sheep will be destined almost immediately for the illegal meat trade, while others are “hidden” in open view in fields and barns across a wide geographic area.

Insp Grainge added: “The difficulty with the nature of this crime is that it is not necessarily immediately obvious to farmers, who may only be able to identify their shortfall at the time of bringing sheep into scan or to worm, which often gives a very wide timeframe for us to work with.

“Lines of inquiry are limited, and this is where we need the public’s help to call in suspicious movements of animals, or animals appearing in fields unexpectedly.”