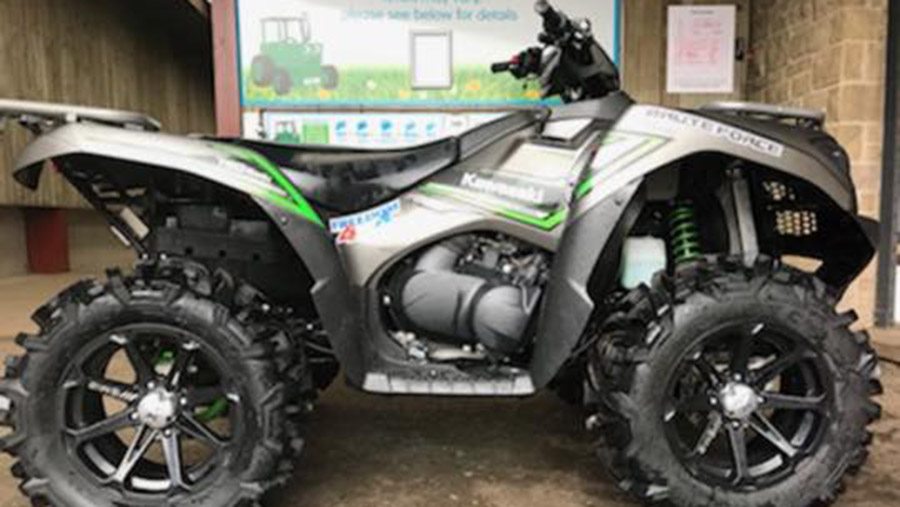 Police are appealing for help to trace a man caught on camera stealing a quad bike from a children’s farm attraction.

A visitor who was taking a picture of his daughter inadvertently photographed the man carrying out the theft at Thornton Hall Country Park, near Skipton, North Yorkshire.

The theft of the green Kawasaki quad bike took place at about 4.30pm on Sunday 22 April. The bike was registered with Datatag and covered for theft under the insurance policy.

A spokeswoman said two men had visited the park and eaten in the restaurant. They had asked about a booking for quad trek lessons available at the attraction. 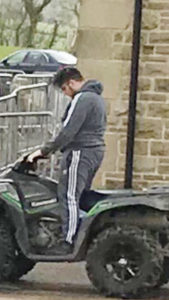 “We think their plan initially was to come and do quad trek and pinch the bikes while they were taking part,” she added.

“We were fully booked at the time, so the men went in the café and ordered some food. They were weighing things up.”

Towards closing time, one of the men jumped on to the quad bike, which was parked up after being used to take children on the caterpillar rides.

The man fiddled with the controls, started the bike and sped off at high speed.

The farm owners gave chase in cars, but they called off the pursuit as the suspect was driving dangerously and weaving in and out of traffic.

The suspect was wearing a dark grey Adidas tracksuit with a hoodie. He has black hair, a beard and is of large build.

A North Yorkshire Police spokesman said: “Officers are investigating this brazen theft, and our enquiries are ongoing. The theft of agricultural vehicles and equipment has a serious impact on our rural communities.

“Anyone with information about this incident should contact North Yorkshire Police on 101, quoting reference number 12180069050.”