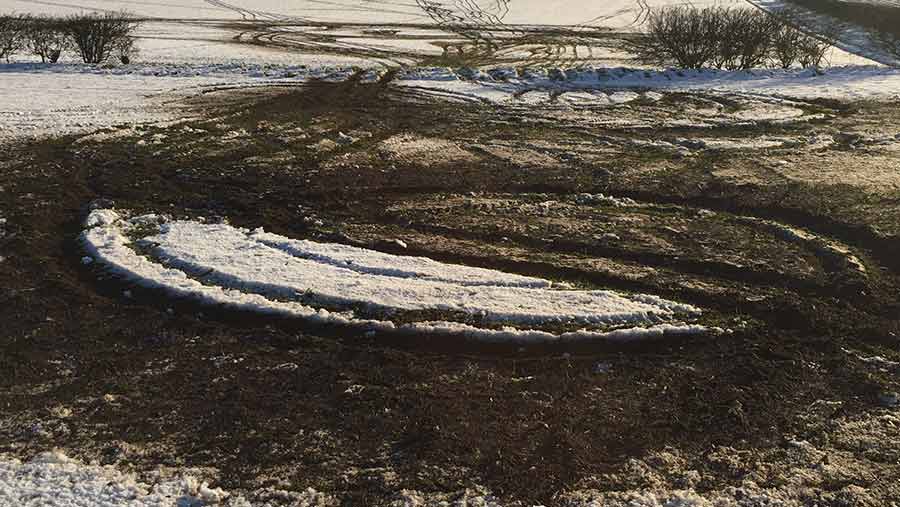 Fed-up farmers in south Yorkshire and Nottinghamshire are demanding tougher action from police to stop criminal gangs targeting their businesses.

Farmers say gangs of quad bikers are illegally riding over their land and causing thousands of pounds worth of damage to crops in a rural crime wave that is spiraling out of control.

Other crimes landowners have suffered in recent weeks include deer lamping, hare coursing, sheep worrying, fly-grazing and lambs being shot.

Farmers complain that after they telephone police on 101 to report crime, by the time officers arrive it is too late and the offenders have already fled. 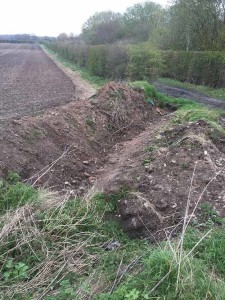 Stephen Smith, the owner of Grange Farm, a 75ha mixed beef and arable farm in Styrrup, south of Doncaster, said farmers were fighting back by digging trenches around fields to prevent access  and erecting concrete barriers around gates.

But he said more must be done and he called on South Yorkshire Police to intervene and carry out sting operations to catch offenders in the act.

“Sometimes they are in convoys of 20 on roads, with no helmets and wearing balaclavas to hide their identity.

“They access fields in the daytime, rampaging across fields and doing ‘donuts’ on crops. Personally, I lost £4,000 worth of winter wheat in one such incident when it snowed. They think farm fields are playgrounds.

“In the evenings, they go lamping and chase deer around fields, exhausting and then killing them with their guns.

“They have no respect for the law whatsoever. We have brought it up with the police, but they are nowhere to be seen.”

Paul Barnes, farm manager at Bawtry Farms, a 1,300ha mixed farm in Serlby, said quad bike gangs had smashed through fences to get access to fields.

Mr Barnes said his team was out digging ditches with JCBs to keep unwanted people off farmland. 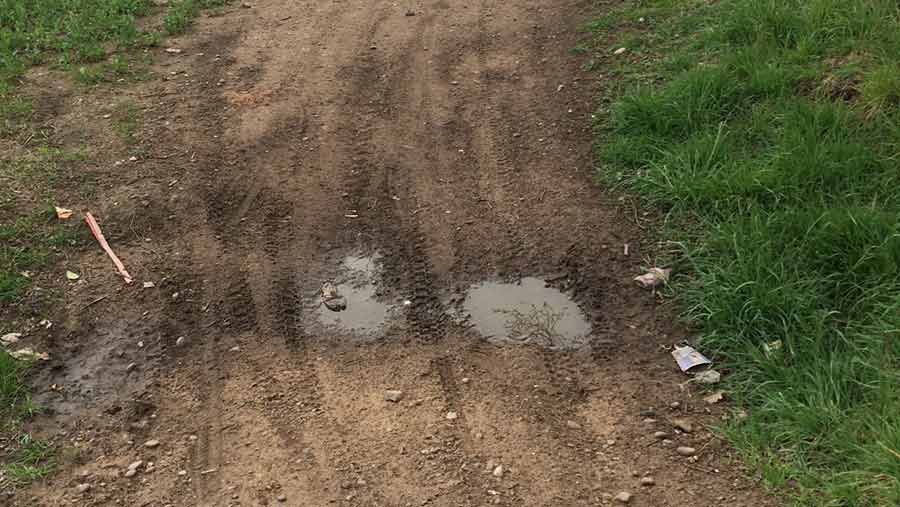 Part of a field at Bawtry Farms where ongoing quad bike traffic has left zero crop growing. Some 0.4ha in total has been left bare in this field

He has even resorted to spreading poultry manure in strategic places in fields to keep the quad bikers off.

“It’s doing a job in one way by putting nutrients and organic matter in the soils,” he said. “Also, the quad bikers don’t like it when they get it on their bikes.”

Mr Barnes said he regularly logs crimes by calling 101, but he did not feel police were following up reports of incidents.

“We get quad bikes coming on fields at all hours. You call 101 and the PCSOs come around two hours later. They have said no stingers can be activated due to public liability and health and safety reasons.”

One farmer from Hatfield, near Doncaster, said gangs operating in the area were “out of control” and police were not doing enough to catch them.

“There is not a field in the area that hasn’t been done with quad bikes. There are tracks all over the place,” he said.

“I caught one quad bike gang pulling my fence down. I pushed one of them into a ditch. Then I got locked up.

“The police don’t seem to be bothered. They come round on a bicycle, but they don’t have any authority. They need to catch these people.”

NFU president Meurig Raymond has written to the Treasury to demand more action from government to tackle rural crime.

Farmers Weekly has asked police forces in the area to comment on the story.