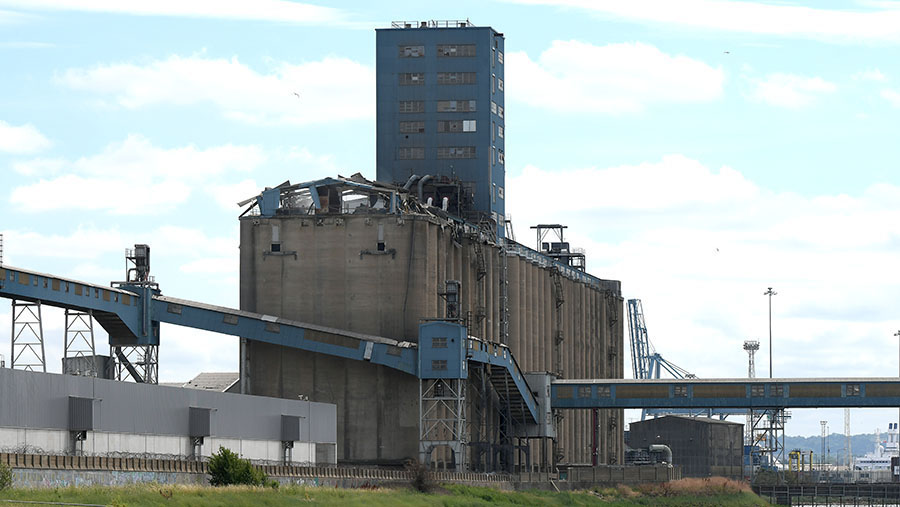 Firefighters are tackling a major incident at Tilbury Grain Terminal after a huge blast ripped through a grain silo roof.

Residents living nearby told the BBC there was a “massive explosion” shortly before 10am on Friday morning in the Essex town.

Dramatic footage including videos and photos posted on social media showed the roof of the silo partially torn off and smoke billowing into the blue sky. The noise of sirens and helicopters could also be heard.

Tony Coughlin, who lives near the port, told the BBC: “I saw it explode, it was just horrendous.

“It sounded like a bomb going off and I saw the flames shoot up into the air. About six of the silos exploded – the tops are all gone.”

The grain terminal at Tilbury is one of the UK’s largest, handling combinable crops each year for both export and UK markets.

Frontier said farmers in the South East have benefitted from this long-term agreement as it offers them a wider range of homes for their produce via a facility which is close to their business. As harvest gets under way, it is too early to say what effect the explosion will have on farmers.

Essex Fire and Rescue Service said it sent four crews to the incident after receiving the call at 9.55am on Friday.

On arrival, firefighters found grain in a silo was on fire. Crews made sure the fire was under control, but allowed the grain to smoulder.

Two crews, from Grays and Orsett, remained at the scene and were working with site managers to remove the unaffected grain from the silo so it did not ignite.

Firefighters are working with site managers to get the site back up and running and are liaising with Port of Tilbury Police to allow businesses back to their premises when appropriate.

Watch manager Dave Bond said: “We have now reduced the number of crews needed to two, and these firefighters will continue to remove unaffected grain and allow the grain to smoulder in the top of the grain silo.

“It was a great joint response from the ambulance service, Port of Tilbury police, fire service and port to control the incident and stop it from escalating.”

The East of England Ambulance Service and Essex and Herts Air Ambulance sent paramedics to the scene.

One woman was taken to Basildon and Thurrock Hospital suffering from smoke inhalation. Ambulances remain at the scene as a medical back-up for the fire service.

A Port of Tilbury spokesperson confirmed there had been a major incident at the grain terminal, but said the port was now operating as normal. An investigation into the cause of the fire is under way.

The latest incident comes less than a fortnight after a similar explosion at an Archer Daniels Midland Co (ADM) oilseed crushing and refining plant in Erith, south-east London. Three people were injured in the blast on 19 June. The cause is under investigation.