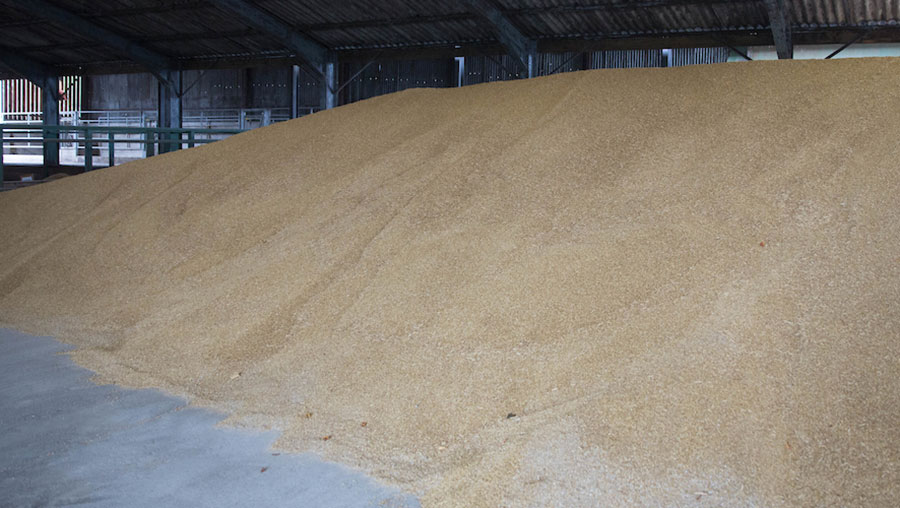 With harvest about to commence and Britain’s food supply chain in the crosshairs of a future trade deal, is now the time to review, among many other things, the safety of our grain storage standards?

It probably won’t be a problem this year, but last season’s grain harvest placed enormous pressure on some farmers’ storage capacity because yields came in above average on many holdings. Fortunately, the weather was mainly favourable and enough dry grain could temporarily be placed in stores not usually used for grain.

Some of these stores were open-fronted sheds with a concrete base, while others were just a hard, impermeable floor with a roof over the top and open on all sides.

Under Red Tractor rules farmers can declare the need for temporary storage provided the grain is stored safely under cover and is cleared by the end of October. All good so far then… well, maybe not.

Many farmers, with an eye to maximising grain returns, sold grain from their temporary stores for the latest approved delivery month of October – and that’s when the wheels fell off the system.

Despite lots of export activity, the market was not able to cope with the volumes that needed moving. More specifically, there were not enough lorries to clear the October grain.

Consequently, merchants asked Red Tractor to grant a one-off extension period of two weeks to clear the backlog. This meant that some temporary storage grain was still on farms until mid-November, maybe more than four months after it was harvested.

With a smaller harvest in prospect this year, would now be a good time to tighten up on Red Tractor standards and revert to a fully risk-based assessment? Can leaving unventilated grain half open to the elements and accessible to birds and rodents for many months be a credible food safety standard?

I realise this will mean more harvest pressure and potentially slightly lower prices, but, for me, safe and credible food should always be paramount.

In a post-Brexit Britain, where we hope to negotiate free-trade deals with large economies around the world, shouldn’t we be seeking to tighten some of our less-than-rigorous farm-to-food standards anyway? Shouldn’t we be moving beyond the box-ticking exercise that makes up most of the Red Tractor compliance?

If we don’t, we may have little defence against imports produced to lower standards, delivering a mortally wounding blow to many British farmers.

I’m certainly not an advocate of protectionism at all costs, but if we are to criticise the standards of imports, we must put our own house in order first. We can then increase the value and volumes of UK-grown food and, better still, genuinely champion the brand of “great British food”.