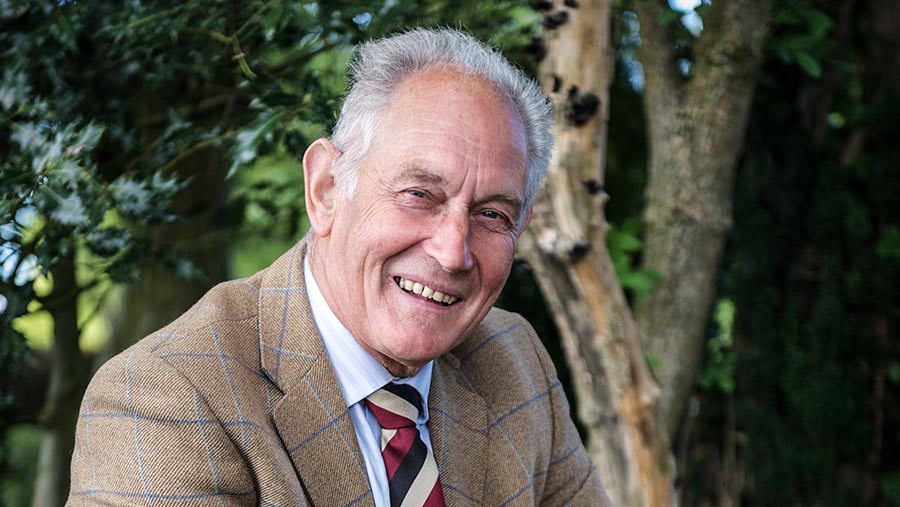 Farmers have been paying tribute to Professor John Alliston, who died recently. Here, Farmers Weekly columnist Matthew Naylor reflects on why the Royal Agricultural University (RAU) lecturer will always occupy such a special place in his memory.

The first time I met John Alliston was in Brazil.

He slapped me on the back heartily and asked me if I wanted to play him at tennis. When I turned around he was grinning and holding a tennis racket. I hadn’t got a clue who he was. This was 12 years ago and he quickly became one of my favourite people in the farming industry.

We were both in South America for the International Farm Management Congress. I hadn’t travelled outside Europe much in those days and John’s company was great for my confidence. This was a service, I later discovered, that he performed for hundreds of people in agriculture.

“Let’s go somewhere interesting for dinner,” he said, and we set off in a taxi to a strange restaurant in the middle of nowhere.

We ate a lot of fried chicken hearts which tasted delicious until we discovered what they were and promptly stopped eating them.

After that, John would occasionally get in touch to involve me in something at the RAU or to introduce me to someone.

I owe him a large debt for the fascinating opportunities he exposed me to.

I took part in leadership programme that he ran for the Institute of Agricultural Management in 2008 and each time I met him, I liked him more.

He was a deserving winner of the Lifetime Achievement Award at the Farmers Weekly Awards last year, having received a huge number of nominations.

I was devastated by John’s death and I know that his many friends, colleagues and students will feel the same way. He was a connector of people and ideas, relentlessly positive and always good-humoured.

The leadership courses he ran will have an effect decades from now.

There is a very particular breed of ambitious, ego-driven farmer in the UK who spends most of their time on their own turf bossing people around without anyone to challenge them.

It does them good, mid-career, to sit them in a room and bring them down a peg or two before then building them back up with a bit more self-awareness.

This was John’s role when he ran the Worshipful Company of Farmers management course. He had been preceded in this role by Paul Webster, another brilliant man, at Wye College.

It is only as we get older that we fully appreciate those people who influenced us.

A year ago, I was in a bookshop and I saw Peter Kite, one of my teachers at Spalding Grammar School. He led the Duke of Edinburgh award scheme.

I have done a bit of challenging voluntary work, but it can’t hold a candle to the misery of driving an unreliable Talbot Express minibus full of naughty 14-year-old boys to the Brecon Beacons.

Never mind a knighthood, Peter Kite should have been in the queue for beatification in front of Mother Teresa. He was an angel in human form and I often think about his grace in the face of ingratitude.

I gained a lot from those expeditions although I wouldn’t think it would have been immediately obvious at the time.

Maybe we should all occasionally reflect on our own influence on the world. Have we made it a better place? Have we been true to our values and helped to share and spread them?

To those of us who knew John, the greatest tribute we can pay is to aspire to be more like him.

John Alliston’s family will be holding a memorial at the Royal Agricultural University on Friday 21 July from 12pm. It is an opportunity for John’s family, friends and colleagues to gather to remember and celebrate his life at a place that was close to his heart. If you would like to attend, please contact rsvp@rau.ac.uk by Tuesday 11 July.