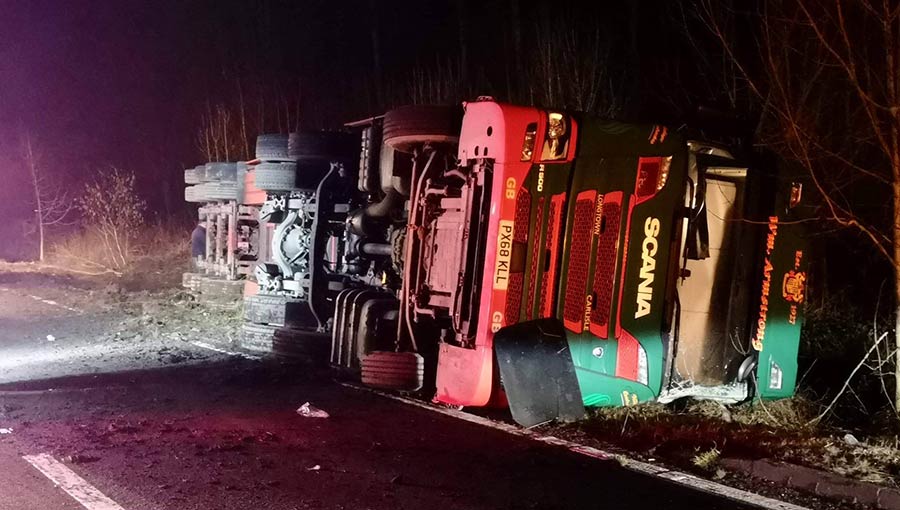 Police Scotland are appealing for witnesses after a lorry transporting 440 sheep overturned in the south of Scotland.

The crash occurred at 10.50pm on Monday (25 February) near Enterkinfoot, south of Sanquhar, and caused the A76 to be closed overnight.

The driver, a 27-year-old man from Carlisle, received minor injuries in the collision.

See also: On patrol with the police in the fight against rural crime

At the time of the incident, the sheep were being driven to the Birmingham area. Around 220 animals died in the crash or were later put down by local vets.

Staff from Police Scotland, Scottish Environmental Protection Agency, Scottish Fire and Rescue Service and Scottish Ambulance Service, as well as local farmers and vets, all assisted with the recovery.

Anyone who witnessed the Scania HGV’s accident should contact Police Scotland on 101, quoting incident number 4406 of 25 February.