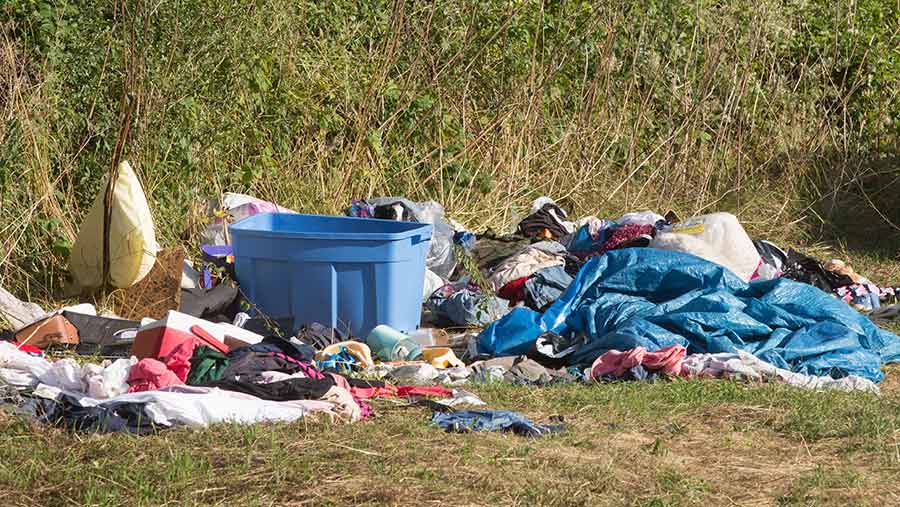 Under a current waste crime legislation, it is the responsibility of the landowner to remove waste dumped on private land and dispose of it legally.

The Country Land and Business Association (CLA) says this legal loophole has even resulted in private landowners being threatened with prosecution if they fail to remove somebody else’s waste from their land.

See also: Revelaed: The burden of fly-tipping on farms

The CLA hosted a meeting of MPs and industry and government leaders at parliament on Tuesday (27 February) in a bid to highlight the growing concern about the fly-tipping epidemic that is blighting the countryside. 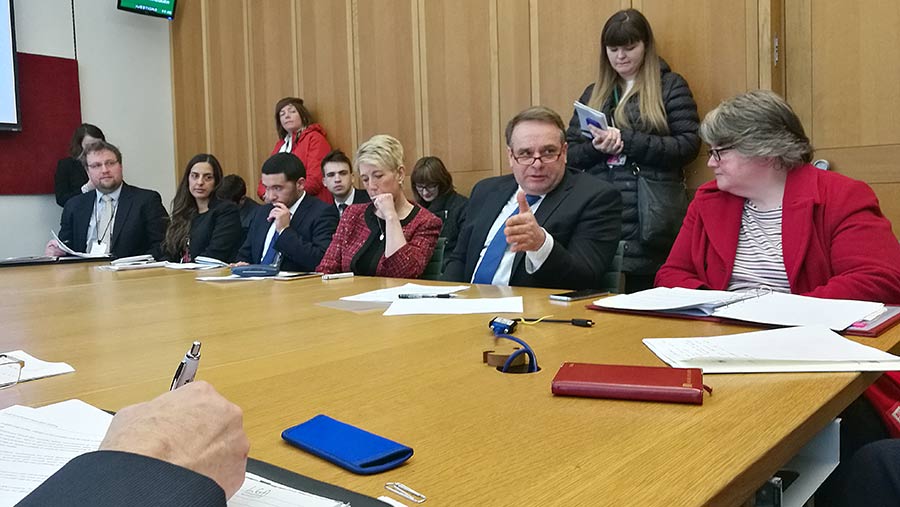 Tim Breitmeyer, CLA president, said: “The landowner not only has the crime committed on his or her land, but then has to pay for the disposal of the waste. This is a double injustice.”

Allison Ogden-Newton, chief executive at Keep Britain Tidy, said registered volunteers have an arrangement with local council tips that allows them to use a reference number and a commercial licence to remove waste free of charge.

The CLA, which is supporting Farmers Weekly’s Stop the Blot fly-tipping campaign, is lobbying Defra to pilot a similar ticketing system for fly-tipping victims on private farmland.

But Defra environment minister Thérèse Coffey said Defra had no plans to pilot such a scheme.

She told a meeting: “I recognise that fly-tipping on private land is more complex. Local authorities, as you are aware, are not under the obligation [to help].

“I think the concern about providing free clear-up is that it just gives more incentive to more illegal dumping and aspects like that, and reduces incentives for landowners to protect their land.”

Dr Coffey added that any evidence linking councils charging to receive certain types of waste with an increase in fly-tipping was “inconclusive”.

Neil Parish, chairman of the Environment, Food and Rural Affairs (Efra) Select Committee, said farmers are dealing with lorryloads of waste dumped on their land, the clean-up bills can be expensive, and small fines handed out at courts “don’t cover the costs”.

Mr Parish said his Efra committee would compile a report on fly-tipping and the legal anomaly surrounding private landowners to present to the government this summer.

“At the end of the day, somebody other than the landowner/farmers needs to pay for it, whether it’s government or local government.”

CLA legal adviser Andrew Gillett said the organisation had raised the issue in a Private Members’ Bill last year, but it was not supported by government.

Caroline Spelman, MP for the Meridien constituency in the West Midlands, suggested that farmers should be paid to remove fly-tipping waste from farms as a public good.

She asked: “Local authorities are strapped for cash. Under a zero-tolerance approach to fly-tipping, is it possible to conceive of some role for farmers?”