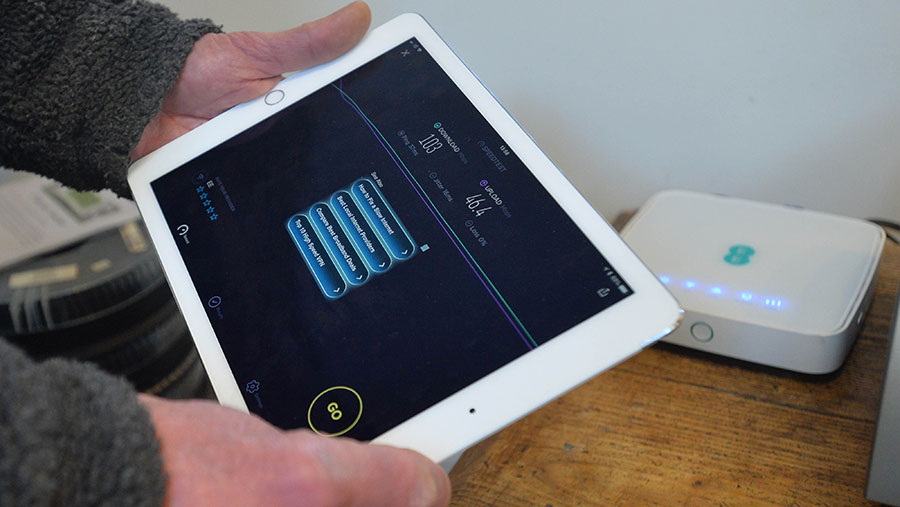 A 4G antenna and router could be the solution for people in rural areas struggling with their poor internet speed.

Telecoms company EE launched the combined system as a home broadband solution on Friday (9 February) after a trial across rural Cumbria provided people accustomed to 1Mbps speeds with 100Mbps.

The new technology is said to be ideally suited to sparsely populated areas with limited or no access to fixed-line services and has been designed with rural communities in mind.

EE hopes the product could help 580,000 homes nationwide gain access to high speed connectivity and provide rural homes with broadband as fast as fibre for the first time.

Max Taylor, managing director of marketing at EE, said: “We’ve seen the amazing impact that 4G connectivity can have on rural communities. The router and antenna means thousands of families could enjoy the benefits of superfast broadband for the very first time.”

Two families from Hesket Newmarket, a village in Cumbria, have already seen how the technology can help them.

Bob Clark, from Stone Ends Farm, said previously his remote location meant he didn’t have the facility to keep pace with technology.

Now with the antenna and router installed, the internet speed has increased to match what his grandchildren in the north-east of England expect.

Steve Razzetti lives at Calebreck Farm, 16 miles from the nearest town, and could barely use his email before on a speed of 0.5Mps.

He said: “When we found out about this latest kit, we were very enthusiastic about it. We’re now able to use internet TV, catch-up TV, Netflix and that sort of thing. It has been amazing.”