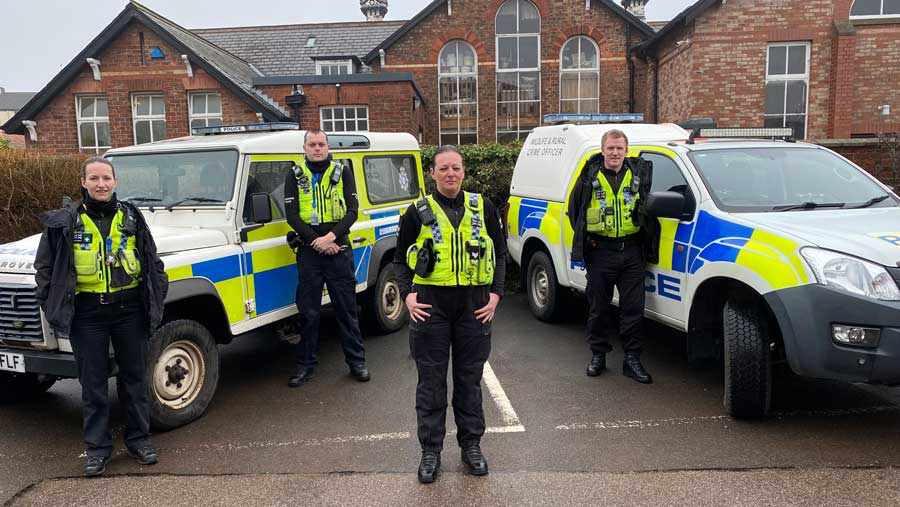 Humberside Police has set up a dedicated team to tackle hare coursing, machinery theft and other rural crimes in the East Riding of Yorkshire.

The Rural Task Force is made up of four police constables and one sergeant and will be based at Driffield Police Station.

The force will work with Humberside Fire and Rescue Service to use drones to hunt and catch poachers – a tactic that is now used in other parts of the country to help police rural areas.

Inspector Jon Powell, who will lead the task force, said it would work with rural groups and businesses to target crimes that are hurting the community the most.

“Over the years Humberside Police has worked tirelessly to tackle rural crime and help to make our rural communities feel safer.  This new team will focus on disruption of criminal activities, apprehension, arrest, charging and prosecution of offenders,” he said.

“This is all with the aim of deterring others from committing similar offences.  It will send out a clear message that rural, wildlife and heritage crime will not be tolerated.”

Humberside Police said it was already working with neighbouring forces and the new rural crime team would continue this with more intelligence sharing to target people who travel across borders to commit offences.

This includes a joint operation with North Yorkshire Police, targeting night-time poaching in the rural communities of Humberside and Ryedale.

On Wednesday (10 February) rural officers from Humberside Police seized a vehicle after reports of hare coursing in the South Dalton and Holme-on-Spalding-Moor area. The occupants were reported for wildlife offences and breaches of coronavirus travel restrictions.

A petition seeking stiffer sentences to deter hare coursers and poachers has attracted more than 12,000 signatures. The petition says: “At present the punishment is not fit for purpose. Repeat offenders are not deterred with the small fines handed out. Increased fines and custodial sentences are required.”