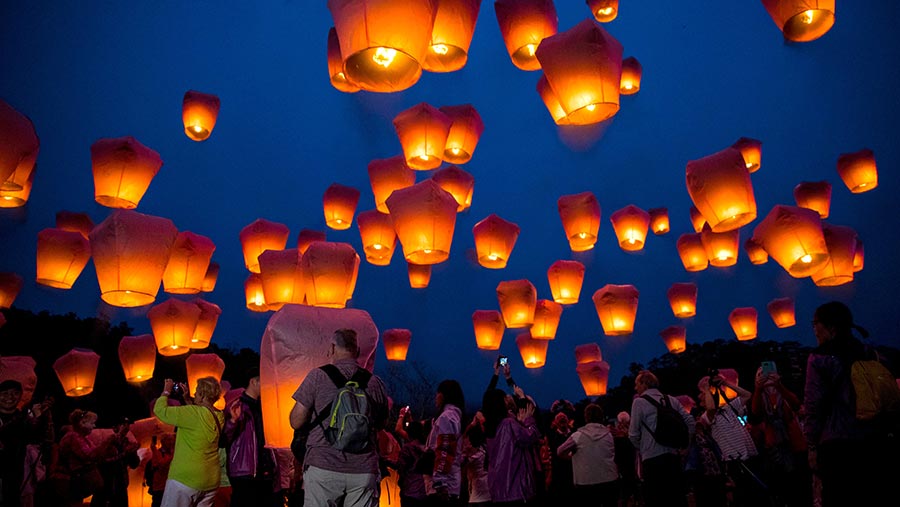 Farmers and landowners whose businesses have been directly affected by sky lanterns are being encouraged to contact the NFU with their stories.

The union is gathering evidence to send to the government and local councils as part of its campaign for a total ban.

Sky lanterns can cause fires as they use an open flame to float and farmers have suffered damage to crops, buildings and livestock from their use. They also litter the countryside.

Since December, the NFU says more than 7,100 people have taken action and encouraged their local council to ban the release  of lanterns on council-owned land, using the union’s online campaigning tool.

To date, more than 160 UK councils have banned sky lanterns, recognising the danger they pose. But the NFU is pushing for an outright ban.

A spokesperson said: “After the success we have had lobbying councils to implement bans, we are now looking to gather further evidence on the impact of sky lanterns to be able to take next steps.”

If your farm has been impacted by sky lanterns landing in fields or near your buildings, email your images and comments to campaigns@nfu.org.uk.

“Just stop using them, they are dangerous and kill animals”

Merseyside farmer Olly Harrison has submitted his comments to the NFU on the effect sky lanterns have had on his arable farm.

He said there have been a number of incidents of sky lanterns landing in his fields – and he believes being located outside a city may be an influencing factor.

In May, Mr Harrison discovered 12 lanterns, littered across his farm, including four found in a field with grazing sheep.

Sky lantern debris can cause immense stress and injury to wild animals and livestock. If animals eat lantern debris, it can tear or puncture internal organs. Animals can also become tangled in the debris and get splinters in their skin.

Mr Harrison took to Twitter to raise awareness of the dangers of sky lanterns, urging people to “just stop using them, they are dangerous and kill animals”.