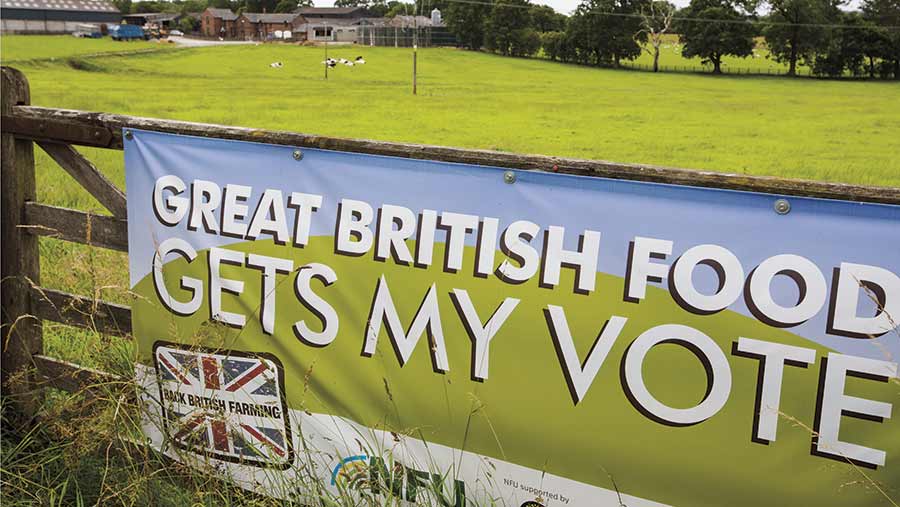 Farmers have a historic opportunity to help shape the future of UK farming policy post-Brexit, says the NFU, which is poised to launch an industry-wide consultation.

The process took a step forward this week, with the NFU policy board signing off a detailed “options paper”, setting out the four main areas for consideration.

A condensed version will be produced in the coming days and presented to a series of 49 regional workshops, led by officeholders, which kick off on 22 August.

“Our member consultation will be the foundation of our high-level vision for agriculture,” said NFU president Meurig Raymond.

“This helps us engage with the government and shape a farm policy; one that will lead to a profitable, productive and sustainable future for our industry.

“This really is a once-in-a-lifetime opportunity for farmers to be part of deciding the future of British farming.”

As part of the consultation, the NFU will set out the options available in each of the four policy areas, highlighting the pros and cons of each. Members will then be asked to state their preferences.

The findings will be considered by the NFU’s ruling council on 11 October, before being presented to Defra.

In recent weeks, Defra minister George Eustice has hinted at a new-style policy, based more on market management tools such as futures and crop insurance, to help farmers deal with volatility.

There is also likely to be a greater emphasis on environmental policy and sustainable farming.

Meanwhile, representatives from the red meat sector are starting to formulate their own post-Brexit plan for British farming, with the Livestock Auctioneers Association (LAA) setting up a meeting on 4 August in Birmingham

“At this most critical time, it is key that the industry is united in looking forward to resolve the issues, challenges and opportunities that arise from Brexit,” said LAA executive secretary Chris Dodds. “If the industry is seen as fragmented, we will be torn apart.”

This view was endorsed by Tenant Farmers Association chairman Stephen Wyrill. But he also complained that the NFU has so far declined to get involved in the meeting.

“The decisions we take on farming policy today will have ramifications for decades to come,” said Mr Wyrill.

“No one organisation, regardless of size or resources, has the monopoly on good ideas. All farming organisations have specific expertise and skills that we must bring to the table.”

NFU policy director Andrew Clark said the union was determined to talk to its members first and to hear their views. “We will then talk to other organisations,” he said.

Defra must give farmers early reassurances about farm subsidies and continued market access, say peers, who debated the impact of last month’s Brexit referendum in the House of Lords.

“The new secretary of state [Andrea Leadsom] will have to persuade the chancellor that smaller farmers and hill farmers will not be able to carry on unless they are given stronger reassurances of support,” said John Montagu, 11th Earl of Sandwich.

“There are fears that direct payments will be significantly less under the new government because of the continuing need for austerity.”

Maggie Jones, Baroness of Whitchurch, said the real challenge for farming would be whether or not the UK could do a deal to remain in the single market.

“At the moment, 73% of the UK’s total agrifood exports are to other EU countries. Seven out of the top 10 countries to which we export food, drink and feed are in the EU.”