Farmers across the world are being asked to unite and make a global soil health pledge – to pass on their land in a better condition than what they found it in.

Theo de Jager, president of the World Farmers’ Organisation (WFO) and a farmer in South Africa, urged the UK to back his ambition to unite the billions of farmers he represents and show how agriculture can mitigate climate change.

Following an inspiring speech at the NFU conference in Birmingham, Dr de Jager said the industry could show the world it was not the biggest problem, but the only solution to the climate crisis. 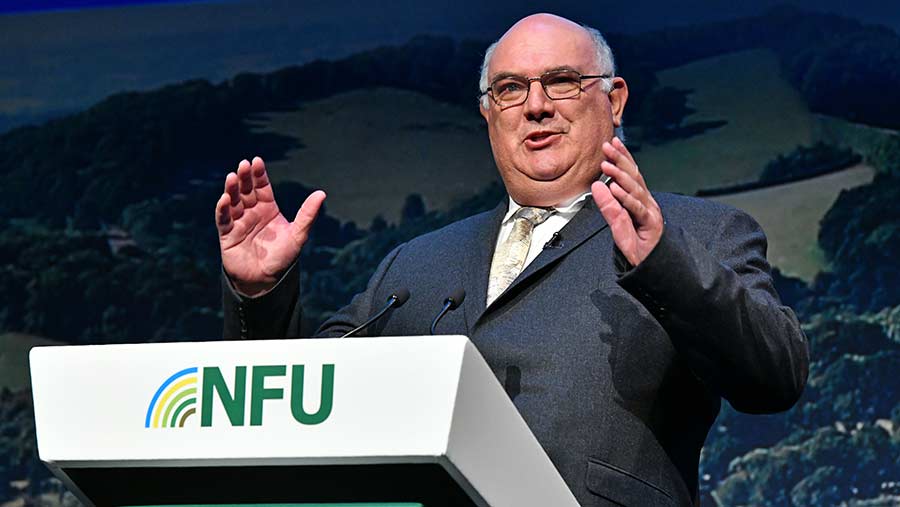 “When it comes to climate change, all other sectors of the economy – energy, transport, manufacturing – they can only try to reduce their greenhouse gas emissions,” he told Farmers Weekly.

“We are the only sector who can work on the other side of the balance sheet by sequestering that carbon and putting it back in the soils.”

Dr de Jager said he would take his pledge to the WFO General Assembly to try and get a global soil health agreement among farmers, before his five-year tenure as president draws to a close later this year.

“This is not written in any regulation – it is not about legislation, it is a peer group pledge so that we can hold each other accountable for this pledge,” he said.

“I dream of a sticker every farmer can put on his product to say ‘I am part of this pledge, I am also pushing this wheelbarrow’.

“I would love it if the UK farmers say we are in. I have not yet met farmers who are not excited about it because it is the best investment you can do in your business.

“It doesn’t matter what you farm – everything starts with good soils. It is very literally at the basis of everything we do.”

Dr de Jager farms in the South African province Limpopo and is chairman of the Southern African Agri Initiative, which promotes and protects the rights of farmers in the country.

His comments drew widespread praise from farmers at the conference following his speech on Wednesday (23 February), which was one of the most popular across the two-day event.

‘There is no more important investment that you can make than in the soils that you have’. We have just witnessed an extraordinary presentation at #NFU22. Dr Theo De Jäger, as President of @worldfarmersorg is a communicator like few others