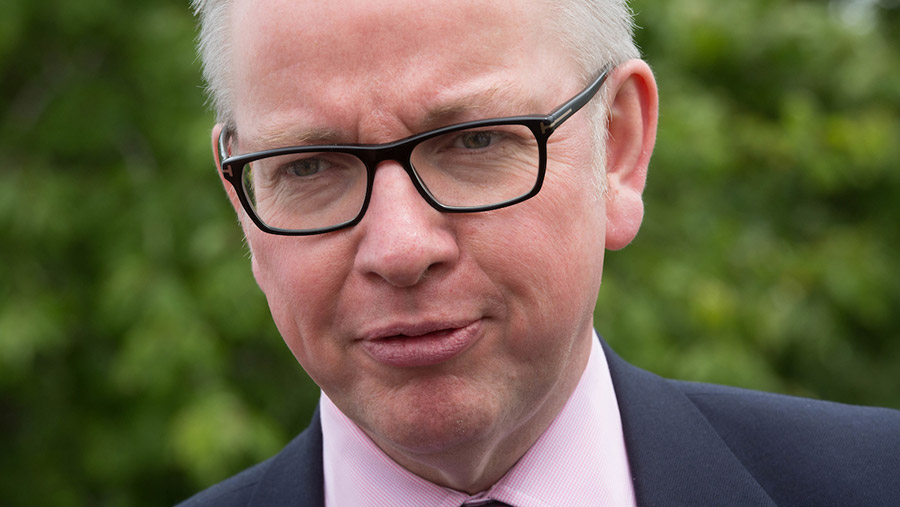 Michael Gove has insisted there is no contradiction in his vocal support for dairy farmers after praising a celebrity who urged people to stop consuming meat and milk.

Mr Gove was applauded by farmers at the NFU conference when he said milk producers deserved protection from activists seeking to undermine their businesses.

His comments come weeks after congratulating celebrity wildlife campaigner Chris Packham, who received a CBE in the New Year Honours for services to nature conservation.

A BBC television presenter, Mr Packham is an outspoken critic of the government’s badger cull to control TB in cattle, once describing it as “shameful”.

He was also an ambassador for the recent Veganuary campaign, which urged people to ditch animal products including meat, milk and cheese throughout January.

In the run-up to Veganuary, Mr Packham said he got involved in the campaign after visiting a dairy farm and having “nightmares for weeks afterwards”.

He said: “I couldn’t sleep at night, not a wink, if I didn’t get up in the day and move people in a positive direction over issues that concern me, and that I have some knowledge of.

“I feel a compunction to stand up and ask people to think about what they do and the choices they make – and to tell them about the true costs of those choices.”

Speaking at the Birmingham ICC on Tuesday (19 February), Mr Gove said: “Dairy farmers deserve protection from activists who would undermine their work.”

He added: “Our dairy farmers, alongside sheep and beef farmers, play a critical role in keeping pastures and other vital landscapes resilient and strengthening rural economies and rural society.”

Mr Gove described himself as an “enthusiastic supporter” of the FebruDairy – launched by farmers to encourage people to drink more milk in response to the Veganuary campaign.

He said: “At the end of a hard day at Defra, I am always happy to raise a pint – of full cream milk – to thank them for what they do.”

His comments won him a round of applause from delegates.

Speaking afterwards, Mr Gove said there was no contradiction between his comments to farmers a congratulatory tweet he sent to Mr Packham on the eve of the New Year Honours.

Congratulations to Chris Packham on well deserved recognition for his work to save wildlife https://t.co/uqNkpOsYoP

Mr Gove said: “Chris Packham is an outstanding campaigner for nature and for taking wildlife more seriously in this country than we have in the past.

“I don’t agree with all Chris’s positions – you wouldn’t expect me to. I am not a vegan myself but I do think it is perfectly respectable for people for their own reasons to make that choice.

He added “There is a difference between saying that – for reasons of either ethics or health – you choose not to drink milk and then impeding the proper commercial operation of dairy farming.

“That is wrong and we do need to say that people who are producing milk, who are doing it in a legal way, should be allowed to carry on their business without people interfering with it.”