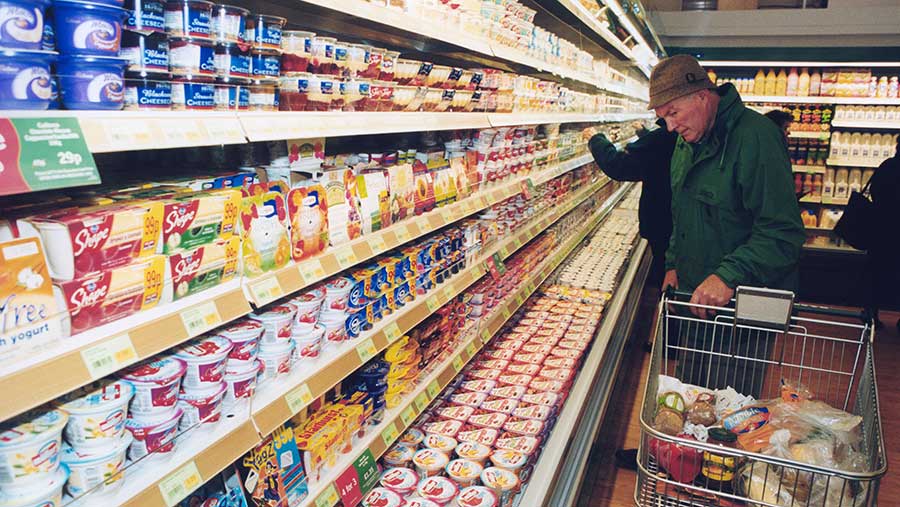 Plant-based substitutes for dairy such as soya and tofu have been banned from marketing or promoting themselves as dairy products in Europe.

The European Court of Justice (ECJ) has ruled the terms milk, whey, cream, butter, buttermilk, cheese and yoghurt can only be used for animal-based products such as cow or goat’s milk.

The ruling was made on Wednesday (16 June) as a result of a case brought by German competition association Verband Sozialer Wettbewerb (VSW) against TofuTown, a producer and distributor of vegetarian and vegan food products in Germany.

Although it will be up to the UK government whether the UK chooses to follow ECJ rulings after Brexit, the NFU welcomed the news saying mislabelling was a growing concern among its members.

It added that often the labelling was not on the product itself, but in the marketing surrounding it at the point of sale.

Chairman of the NFU’s dairy board chairman Michael Oakes said: “Increasingly, we were noticing instances where milk alternatives were being promoted in a way which didn’t make it clear that they are non-dairy.

“We also need to address the issue of retailers continuing to categorise soya, almond and other milk replacements in the milk section.

“We don’t want shoppers to be misled or confused. We now expect the supply chain to carefully consider this ruling and make any necessary changes to the marketing these products.”

VSW brought the case against TofuTown on the basis its use of dairy terms such as Soyatoo tofu butter, plant cheese, veggie cheese and cream on purely plant-based products contravened competition rules.

Although there are exceptions to this rule, soya and tofu are not among them.

However, TofuTown argued the way in which consumers understand those terms has changed massively in recent years, and it does not use terms such as butter or cream in isolation.

Instead, it always refers to the plant-based origin of the product in the advertising, such as tofu butter.

But, after the case was referred to the ECJ by the German courts, it has clarified that purely plant-based products may not use the designations reserved for milk products in marketing or advertising even in these cases.