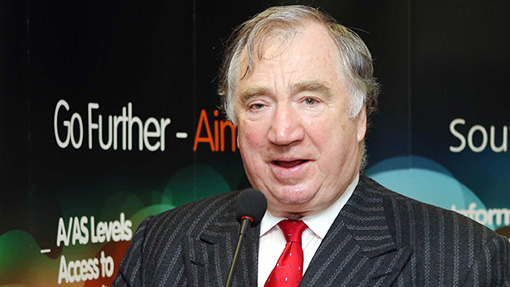 Tributes have been paid to Lord Ballyedmond – the founder of veterinary pharmaceutical giant Norbrook Laboratories – who was killed in a helicopter crash.

Lord Ballyedmond was chief executive of the company, which he founded in 1969.

He was one of four men who died in a helicopter crash near his stately home in Norfolk on Thursday (13 March).

Police were called to the incident at 7.30pm, cordoning off several surrounding roads.

Thick fog delayed investigations until Friday (14 March) and the cause of the crash remains unknown.

Lord Ballyedmond steered Norbrook Laboratories to become a global leader in the manufacture of veterinary products.

It employs more than 3,000 people worldwide.

The company was pivotal in the transformation of the treatment of farm animals for parasites, including fluke, via pour-on.

“His entrepreneurial spirit was a catalyst for economic development in the area.” said Mr McGuiness.