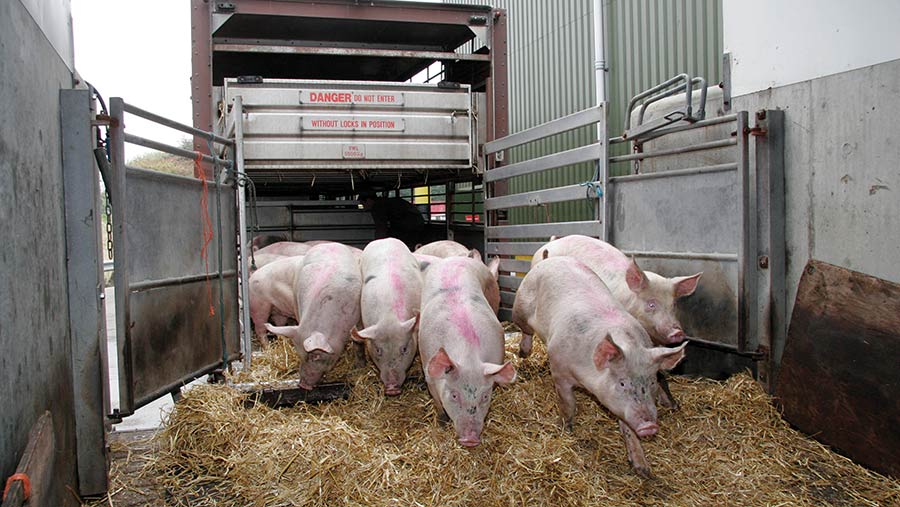 The National Pig Association (NPA) has urged British retailers to prioritise domestic pork to help alleviate the supply chain crisis that has led to an estimated 120,000 pigs backed up on farms.

Producers are facing the prospect of having to cull pigs on farm due to severe staff shortages in processing plants and the NPA has now warned that an increase in the amount of EU-imported pork for further processing in the UK is adding pressure.

In an open letter to UK retailers, NPA chairman Rob Mutimer said there was a desperate need to reduce the backlog of pigs on UK farms and “avoid this precipice that we now find ourselves facing”.

See also: Pig crisis worsening as numbers back up on farm

Mr Mutimer said highly processed cuts, such as gammon, have diverted butchery staff away from dealing with the large numbers of British pigs.

And products that require no butchery are being imported and prioritised over more labour-intensive British products, to keep supermarket shelves full.

“These two issues combined have resulted in a slowing down of the throughput of British pigs through plants, which is adding to the already severe backlog,” Mr Mutimer added.

“We are also aware that some retailers, who have to date been very supportive of their British supply chains, are now considering moving over to EU pork because it is much cheaper.

“This would make our situation so much worse to the point that many more pig producers, in addition to those responsible for the 27,500 sows we already know about, would have no choice but to exit the industry.”

The BBC has reported that a Yorkshire farmer has already killed hundreds of piglets because of the labour shortages.

The NPA said it had made repeated calls for 12-month “Covid recovery visas” to try to ease the labour crisis, but had reached an impasse with the government.

“We are in constant discussions with the government on this, but my fear would be that this won’t be resolved with a quick fix before Christmas,” he told Farmers Weekly.

On the issue of imported pork, Mr Allen said it “doesn’t seem right” to see European pork on UK shelves given the crisis facing the UK pig industry.

“It is important at this time when the pig industry is under massive pressure that the retailers support British agriculture and stock as much British food as they possibly can,” he said.

Andrew Opie, director of food and sustainability at the British Retail Consortium, added: “Supermarkets have long supported British farmers, who are responsible for most of the meat and produce we eat.

“Retailers have done a huge amount of work to ensure food is clearly labelled with its country of origin, to enable customers to make an informed choice.”