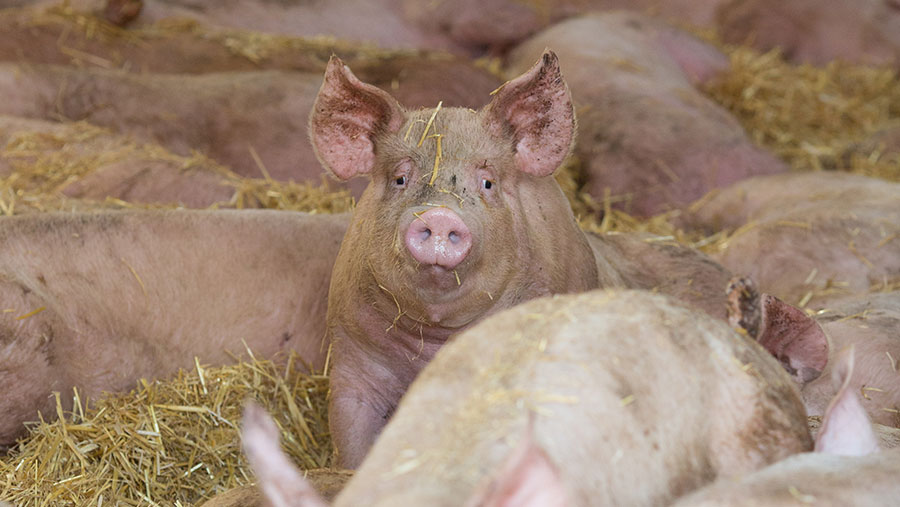 The pig sector faces irreparable damage unless there is immediate action to address the labour crisis that is causing huge backlogs on farms, the National Pig Association (NPA) has warned.

Meat processors say they have thousands of vacancies across their sites they are unable to fill – despite efforts to recruit more people locally, make the roles more attractive and to bring in more workers from outside Europe.

A shortage of lorry drivers and butchers is compounding the problem and there are no signs of staffing issues easing, the NPA said.

At a meeting this week, the NPA’s Pig Industry Group called for processors to work together to try and ease the backlog and find a solution for heavier pigs that now can’t go down lines.

Combined with high feed costs and falling pigmeat prices, driven by cheap imports from the EU, farmers at the meeting said they could not see a way out of the crisis.

And in an interview with the BBC’s Look North programme, Yorkshire pig farmer Ed Rowbottom explained how he is being forced to get out of an industry his family has proudly been a part of for five decades.

The last pigs on the farm will be gone by the weekend. “It’s been a wrench. There have been pigs in the family for 50 years. It’s upsetting, it’s disappointing,” Mr Rowbottom told the programme.

NPA chief executive Dr Zoe Davies said 22,000 sows had already been lost from the national herd this year, while many other producers have reduced, or are planning to reduce, sow numbers.

Dr Davies urged the government to help the sector access the skilled labour it needs.

“If things don’t change soon, we will see a serious contraction of our industry that we may never recover from,” she said.

“We will continue to raise awareness and press the government to act through all our available channels.

“However, I genuinely believe, whether the government is prepared to help or not, that the solution must lie within the supply chain.”

Defra said it recognised the pressures the pig sector is facing, adding that it was keeping the market under close review.

A spokesperson said: “We understand the importance of seasonal labour and we are aware of the challenges that the pig industry has faced in recent months because of the Covid-19 pandemic and labour shortages. Defra has been working closely with the pig and processing sectors during this time.”

There was little change in the EU-spec SPP for the week ending 11 September, with the average standing at 156.37p/kg.

This means that, on average, producers received just 0.02p/kg less for their pigs than the week before. Prices remain similar to levels in June.

“Pigmeat is generally oversupplied across Europe and prices on the continent remain much lower than here in Britain. With this in mind, imported pigmeat is likely to be relatively competitive,” Ms Wilkins said.

Producers have been losing, on average, around £25 on every pig they produce this year, says the NPA.